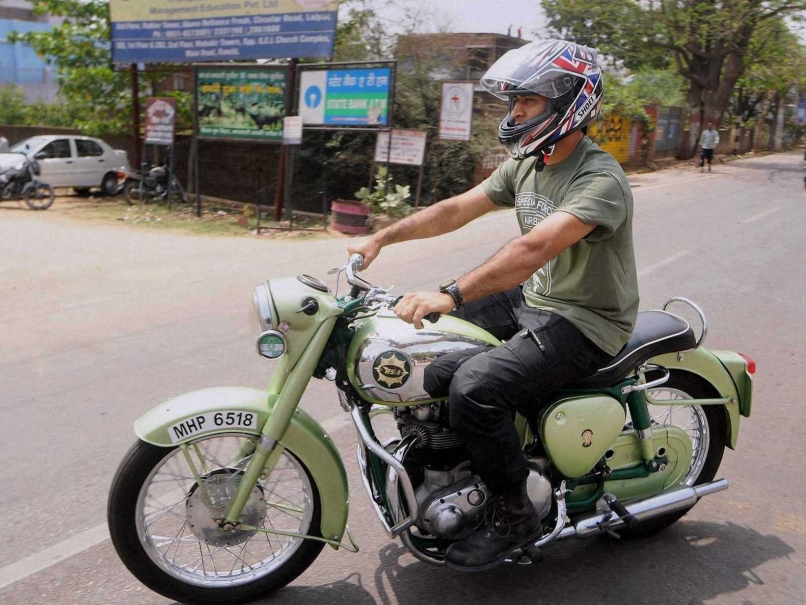 According to the traffic police, Dhoni’s bike violated Motor Vehicle Act guidelines pertaining to display and use of number plate. Dhoni’s bike had the registration number printed on the mudguard of the front wheel instead of being displayed on a horizontal plate in the front and rear of the bike.

“The concerned official went to Dhoni’s house with the receipt and his father Pan Singh paid the fine,” traffic SP Karthik S said.

Ahead of Indian Premier League 2015, Dhoni was seen taking a three-hour ride on his bullet in Ranchi on Monday, without any security.