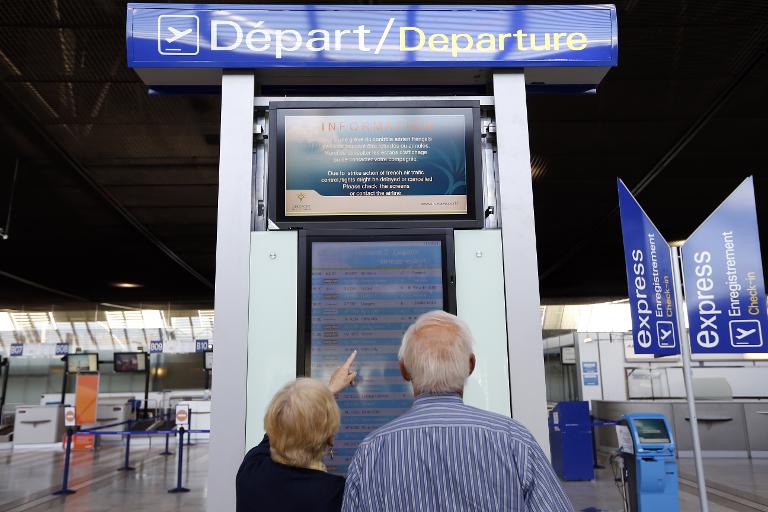 Hundreds of flights to and from France were cancelled Wednesday as air traffic controllers launched a two-day strike over working conditions and the situation was due to worsen on Thursday.

The civil aviation authority had asked airlines to scrap around 40 percent of flights, warning of “disruption across the whole country”, and it called on companies to increase cancellations to about 50 percent on Thursday.

Flag carrier Air France warned of “very severe disruption” to its flight schedule. Although it pledged to operate “almost all” long-haul flights, medium and short-haul services would be badly affected, it said.

“Last-minute delays and cancellations can also be expected,” the airline added.

Low-cost operator Ryanair said it had been forced to cancel more than 250 flights due to the industrial action.

“It’s grossly unfair that thousands of European travellers will once again have their travel plans disrupted by the selfish actions of a tiny number of French… workers,” the Irish airline fumed.

Competitor easyJet said it had been forced to scrap 160 flights and added it was cancelling 190 on Thursday.

There were average delays of 30 minutes at the main Paris airport, Charles de Gaulle and 300 flights out of 700 were scrapped at the secondary airport of Orly.

On the whole, though, passengers had been warned well in advance and seemed to have made other plans.

“The companies have done what was needed. For the moment, there are no difficulties,” one airport source said.

“There are a few people complaining, but no large-scale discontent,” added this source, who did not wish to be named.

However, not everyone had been tipped off.

Instead of a direct flight to Madeira with her family, she was staring down the barrel of a “grand tour” of Europe, via Geneva and Frankfurt.

The strike was called by the main air traffic union SNCTA, which wants talks over the working conditions of its members.

A particular bone of contention is the pushing back of the retirement age for air traffic controllers from 57 to 59.

The union insists that for the past 10 years, talks over working conditions have taken place outside the formal structure for union-management negotiations.

The FNAM aviation association strongly criticised the strike, saying it would “essentially penalise French-based airlines and their sub-contractors.”

Transport Minister Alain Vidalies “regretted” that the union had chosen to call for strike action and noted that a meeting was due to take place on April 13 to discuss working practices in the sector.

He added he “hoped to find a way out” without resorting to strike action, which he said was the only way to “make ourselves heard.”

The SNCTA had originally called the strike from March 25 to 27 but scrapped it after the Germanwings crash in the French Alps that killed 150.

Further industrial action is planned from April 16 to 18 and from April 29 to May 2, key holiday periods.