Home Sports Fowler happy in the shadows at Masters 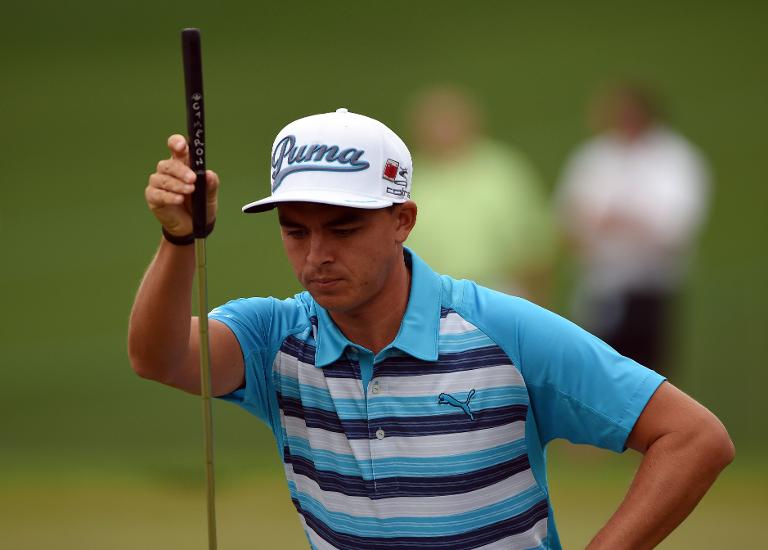 Rickie Fowler is flying way under the radar in the buildup to the 79th Masters and it bothers him not in the least.

Long touted as the best US player to emerge since Tiger Woods, the 26-year-old Californian had a superb 2014 with top five finishes in the four majors — just the third man to achieve that feat after Jack Nicklaus and Tiger Woods.

But he ended the year still without a major title win to his name and like many before him the question marks over his ability to close out the big wins are starting to be raised.

On top of that, Fowler, on his own admission, has had a poor season to date with just the one top-10 finish in seven tournaments.

Hence the lack of backing for him to finally win a major later this week.

“Thats fine with me,” he said of his lack of support.

“But I’m excited for this week. Doesn’t matter what the odds are or favorites or anything like that.

“A couple more practice sessions, maybe go play nine in the morning, and I’ll be ready to go. I don’t care if I’m a favorite or not or if the odds are with me or against me.

“I’m going to go out there and try to win myself a major.”

One of main obstacles standing in his way will one again be close friend Rory McIlroy.

McIlroy it was who denied Fowler in the last two majors — the British Open and the PGA Championship — and who then handed him a 5 and 4 drubbing in the final-day singles at the Ryder Cup.

And McIlroy it is who will start the tournament as a strong favorite to make it three wins in a row in the majors.

“He’s obviously the best player in the world for a reason,” said Fowler.

“I know he struggled a bit for a year or so. But the year he put together last year, winning two, it’s tough to do.

“I was in a position where I had a chance in a couple, but they are hard to win.

“He’s obviously playing well and he has shown that he can play well here at Augusta, and I know he’s just as ready as anyone else to go out and play well this week.

“He’s going to be tough to beat if he’s on top of his game. But I don’t think no one is going to lay down by any means.”

Fowler will play alongside Jason Day and Sergio Garcia in a final grouping on Thursday that looks sure to draw a big crowd.

“Really looking forward to the pairing … see if we can get some momentum going,” he said.

“I know the three of us can play well around here. It’s fun to be able to feed off each other and play with guys that you like.”