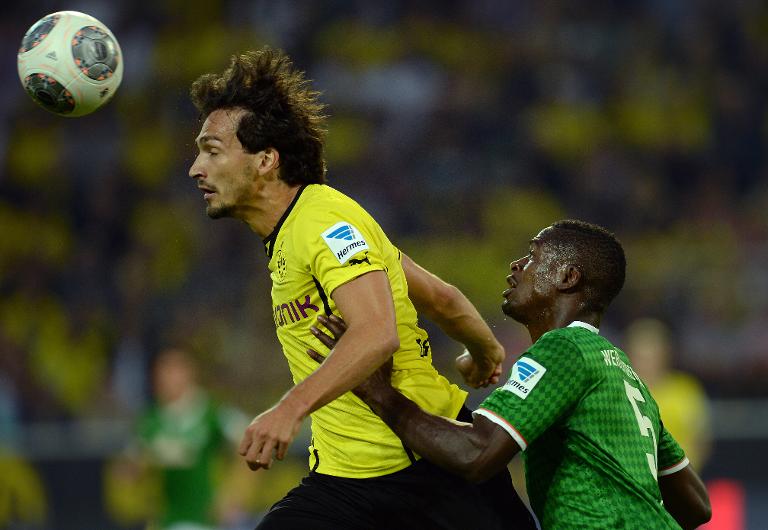 Borussia Dortmund are facing the prospect of losing a star player for the third year running with Germany defender Mats Hummels waxing lyrical about a possible transfer abroad.

Barcelona, Chelsea and Manchester United are reported to be interested in signing the 26-year-old, who has a market-value of around 35 million euros (Â£25.5m, US37.9m), on the back of outstanding performances at last year’s World Cup.

Having seen stars Mario Goetze, then Robert Lewandowski leave for Bayern Munich in recent seasons, Dortmund could sell Hummels to the highest bidder as his current contract runs until 2017.

The centre-back’s future is a hot topic in the German media, especially after he reportedly told Bild: “it’s Man Utd or no-one” should he leave Dortmund.

“You know what I am like: I just say what is going around in my head,” he told Sky Sports after Dortmund’s 1-0 home defeat to Bayern on Saturday.

“That doesn’t mean that I am leaving, it just means I’m considering things.

“There’s no particular tendency one way or the other.

“It’s just thoughts going through my mind and it’s nothing that those in charge here don’t already know.

“It will all become clearer in the coming weeks.”

Dortmund insist Hummels will not be leaving anytime soon.

“We are planning further with him,” Dortmund’s director of sport Michael Zorc told German magazine Kicker.

“We will have another talk with Mats to see how we can go about working together further.”

As Dortmund CEO Hans-Joachim Watzke bluntly put it: “The decision as to where Mats plays next season is, of course, only down to Borussia Dortmund”.

Having joined Dortmund from Bayern in 2007 after one league appearance for the Bavarian giants, Hummels has blossomed under Borussia’s charismatic coach Jurgen Klopp, who saw enough promise to thrust the then 19-year-old into his starting line-up.

They then claimed a first domestic double in the club’s history by hammering Munich 5-2 in the 2012 German Cup final, as well as winning the league.

“I have a set-up here that I will probably find nowhere else,” Hummels gushed in 2012 when he extended his contract, but Dortmund’s fortunes have been in steady decline ever since.

In April 2013, Borussia announced that Goetze had actioned a release clause in his contract to join Bayern for 37 million euros.

To rub salt in Dortmund’s wounds, Bayern then beat Dortmund 2-1 at Wembley in the 2013 Champions League final that May.

After Lewandowski declined a contract extension, Bayern announced in January 2014 the hot-shot had signed a five-year deal to join them on a free transfer before the start of the current season.

Hummels was outstanding in Brazil with two World Cup goals, but he struggled on his return to Dortmund.

He made his first start in the 2-1 derby defeat at Schalke at the end of September, just as Dortmund’s league form nose-dived.

“In the Bundesliga, everything that can go wrong is going wrong,” Hummels said in October after their 1-0 home defeat to Hanover started the slide which left them bottom of the table in February.

Dortmund were sent crashing out of the Champions League last month after comprehensive home and away defeats to Juventus in the last 16.

“At 26, Mats Hummels is the right age for a transfer to England. I could understand that,” wrote Germany’s former captain and coach Franz Beckenbauer.

But Dietmar Hamann had a different take on Hummels’ situation.

“After the way Hummels has played this season, perhaps the club won’t be so sad if he goes for a high transfer fee,” the ex-Germany and Liverpool midfielder told Sky Sports.

“If things continue as they are, then his transfer value will be halved or quartered.”