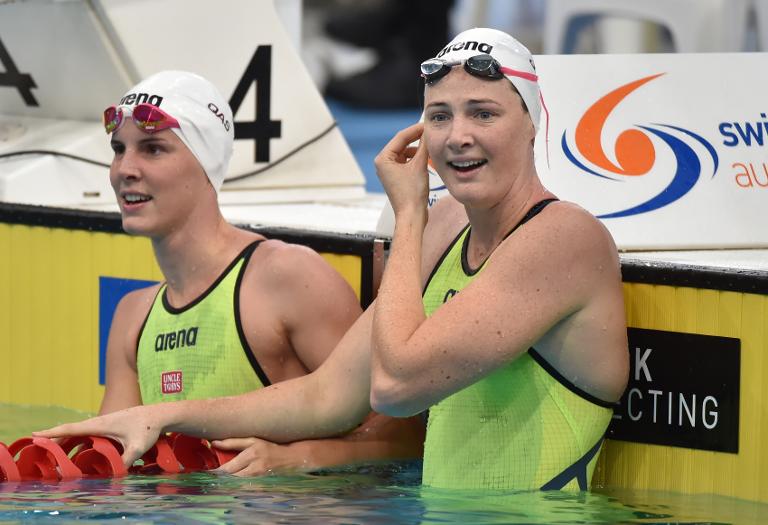 Campbell put behind a disrupted preparation from shoulder surgery to equal the world’s fastest time of the year (52.69 seconds) to defy her younger sister (53.04) and clinch a third straight national 100m title.

Campbell needed several minutes to regain her composure before talking to the media following her swim after she suffered from a buildup of lactic acid.

She admitted it was the worst she had felt post-race since claiming her maiden world title in Barcelona in 2013 but said the pain was just a part of the process as she builds to the world championships in Kazan, Russia in July.

“I am learning to love the sting, just embrace it, not shy away from it,” Campbell said.

She admitted she had to dig deep to maintain her 100m unbeaten streak stretching back to late 2012.

“Bronte was always going to make that very tough for me,” she said.

“I have to give credit to her. I would not be the swimmer that I am without her.”

World No.3 Bronte Campbell fell short of downing her sister by just 0.01 of a second at January’s Aquatic Super Series in Perth after giving her sibling scares at the Glasgow Commonwealth Games and Pan Pacs on Australia’s Gold Coast last year.

“Obviously, it’s hard to come back from injuries so she would have appeared vulnerable but obviously she isn’t,” said Bronte, who also qualified for the event at the world championships.

“I feel for Cate because she has had a tough year racing with injury for more than a year.”

Cate Campbell’s time would have won 2012 London Olympic gold, claimed by Ranomi Kromowidjojo of the Netherlands in 53.00.