Home Sports Can we please mind our own beeswax? 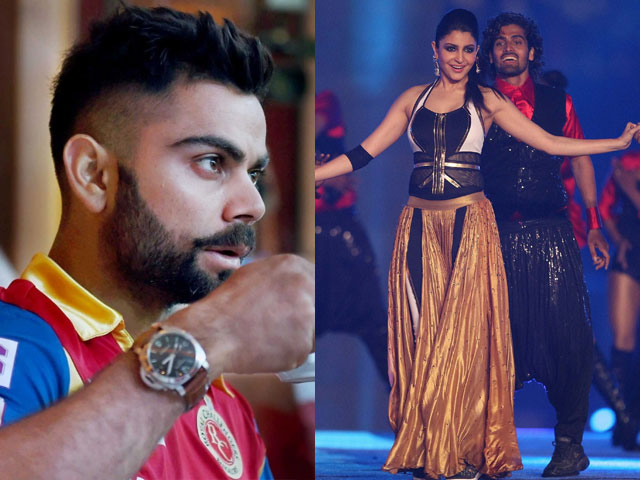 So, our noses like to dig themselves in otherâ€™s life, dig deep, that is. We love to know whatâ€™s going on in our neighbours even if the weird smell from our own kitchens is suggestive of something burning and going straight into the dustbin. Therefore, when thereâ€™s something remotely juicy about someone, especially when the person is question is a public figure, donâ€™t we just love lapping up every bit of tidbid that newspapers and websites throw on our face in the name of news? If both the parties involved happen to be famous, itâ€™s bonanza time!

Take the example of Virat Kohli and Anushka Sharma. When they were â€˜spottedâ€™ together, the news bytes went crazy with how theyâ€™re hushing up their rumoured affair. So what? They kept poking their noses till the time they came clean. Then, the blame game began — girlfriends and wives are actually the ones who prevent the Indian boys from performing to their potential. It was decided that the contingent will be chopped off and reduced to only people who were â€˜necessaryâ€™.

Then the World Cup happened and Virat had enough of this â€˜we are just good friendsâ€™ rubbish. He took to twitter to silence them all. But then, the noses dug deeper. Once the girlfriend tag dangled around Anushkaâ€™s neck, she didnâ€™t know what she was up against. Kohli flopped and Anushka became Indiaâ€™s new vamp. The blame game was being played with aplomb, so much, that the poor thing spotted a grave look on her face as soon as she landed in India from Australia.

But then, the media did a complete U-turn. It wasnâ€™t Virat-Anushka anymore; they were suddenly being portrayed as the â€˜oh-so-cuteâ€™ couple giving people the â€˜feelsâ€™. One media biggie slammed the Indian cricket team and Dhoni, calling the semi final against Australia a shame. Virat and Anushka hid. They didnâ€™t know when the darts would hit them where it would hurt.

For a while, Suresh Raina was chosen to sit on the privileged hotseat crafted by media houses. He was getting married and all, you know. Virat-Anushka would have been chuckling asthey were away from the limelight, a much needed break. But then, how could they choose not to attend Rainaâ€™s wedding? How, can someone tell us? So, apparently they decided to give it a miss and thatâ€™s one mistake, you know. The rumour mills were at work again, working overtime, speculating that Anushka had met Viratâ€™s mother (some sites claimed she had met his parents, not knowing that his dad is no more). A year-end wedding was planned by the media and sky was the limit.

Now, hot on the heels of the glittering opening ceremony, thereâ€™s yet another story that the media is feeding off from — Virat Kohli enjoying Anushkaâ€™s performance. Sad. Itâ€™s like saying, â€˜can someone explain these guys have no life?â€™