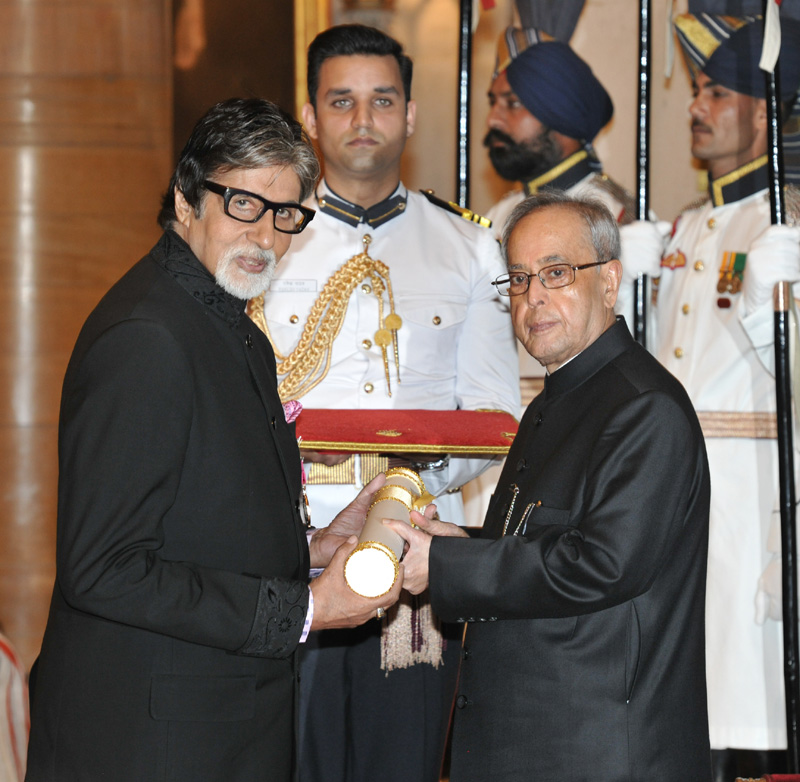 New Delhi: Bollywood megastar Amitabh Bachchan and Prince Karim Aga Khan were among the eminent personalities who were awarded the Padma Vibhushan by President Pranab Mukherjee in the capitalÂ on Wednesday.

The Padma awards were announced on the eve of Republic Day this year.

17 recipients were women and as many in the categories of foreigners, NRIs and PIOs while there were four posthumous awardees.