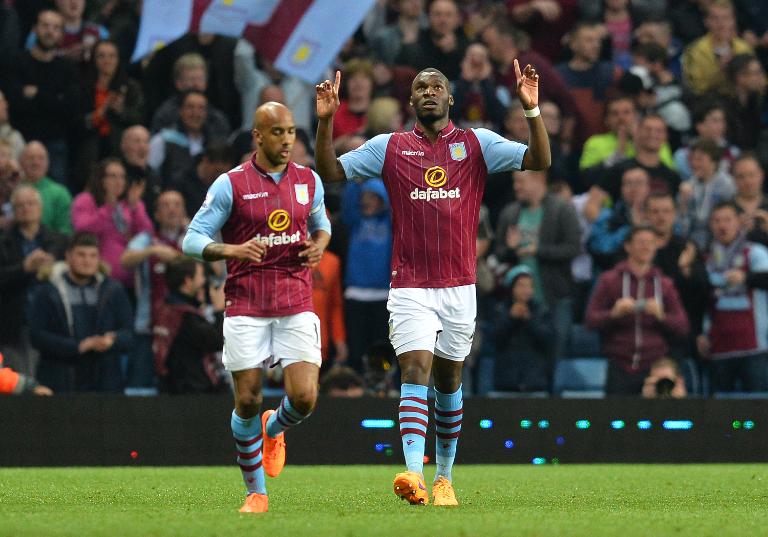 After Matt Phillips put QPR ahead, a Benteke brace gave Villa control, only for second-half goals from Clint Hill and Charlie Austin to leave QPR on the brink of a win that would have taken them out of the bottom three at their opponents’ expense.

But Benteke completed his treble with an inch-perfect 83rd-minute free-kick to take the Belgian striker’s tally to seven goals in five games and leave Tim Sherwood’s side three points above the bottom three.

“We need him between now and the end of the season, but it was disappointing to give away scruffy goals.

“It might be a very important point. Only time will tell, but we need to win games. It is a point in the right direction though.”

Chris Ramsey’s QPR moved above Burnley on goal difference, but they are now two points from safety having played a game more than fourth-bottom Hull City.

“The point was better for them,” said Ramsey, who worked as Sherwood’s assistant at Tottenham Hotspur last season.

“We would have loved to have won the game and been above the line. Based on the performance in the second half, we are disappointed we have not got three points.”

Villa started brightly at Villa Park, but it was QPR who took a seventh-minute lead when Bobby Zamora’s feathered cross was headed in by Phillips.

However, Villa quickly forced the visitors back and drew level just three minutes later when Benteke was allowed to drift infield from the left and curled a shot past QPR goalkeeper Rob Green.

Green saved twice from 19-year-old midfielder Jack Grealish, making his first league start for Villa, and Sandro blocked from Ron Vlaar before Benteke put the home side ahead in the 33rd minute.

Gabriel Agbonlahor beat Sandro to the ball and freed Benteke, who eluded Hill and scored with his right foot.

Agbonlahor headed just wide from Leandro Bacuna’s cross shortly before half-time and with Villa continuing to dominate early in the second half, Ramsey took action by introducing Karl Henry and Armand Traore.

The changes had an immediate effect as within three minutes the visitors were level, with 36-year-old Hill claiming his first Premier League goal by heading in Phillips’s corner.

Twelve minutes from time, Phillips turned creator again, wriggling past Kieran Richardson and crossing for Austin to slam home his 17th goal of the league campaign.

But Benteke had the final say by bending a free-kick over the QPR wall and in off the post past the despairing dive of Green.