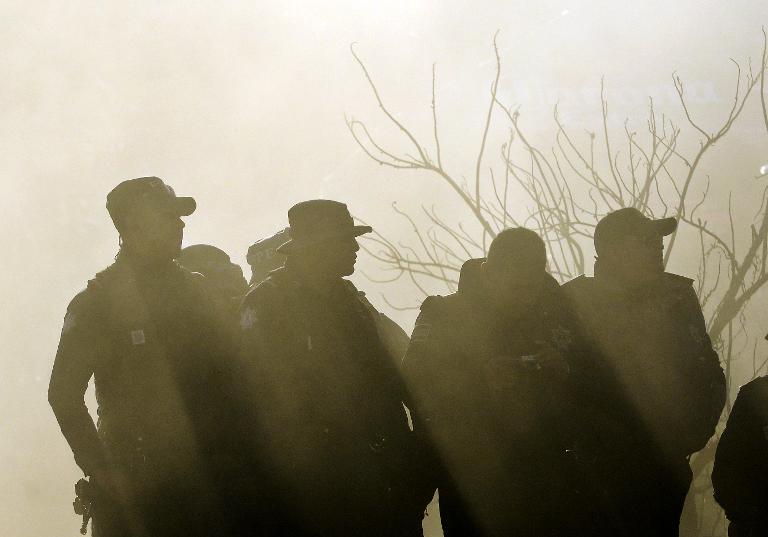 Fifteen police officers were killed in a gang ambush in western Mexico, an official said Tuesday, marking the deadliest day in recent years for security forces battling the drug war.

Five more officers were wounded in Monday’s assault, which took place on a twisting rural highway near the village of Soyatan as a convoy carrying the elite state police unit headed to Guadalajara, Mexico’s second biggest city.

Authorities suspect the powerful “Jalisco New Generation Drug Cartel” carried out the assault against the officers after waiting for them in a makeshift encampment for one or two days.

“They died in a cowardly attack, which means that we can’t let our guard down,” said Francisco Alejandro Solorio Arechiga, Jalisco’s state security commissioner.

“Fifteen of our colleagues lost their lives,” he said after a meeting of federal police, military and state security officials in Guadalajara, adding that the wounded officers were in stable condition.

It was the heaviest single-day loss for Mexican security forces since the start of President Enrique Pena Nieto’s two-year-old administration.

In 2010, 12 federal police officers were killed in the neighboring state of Michoacan. Another ambush in 2012 left 12 municipal and state police dead in the southern state of Guerrero.

Solorio said that in addition to the 15 state officers, the municipal police chief of the town of Zacoalco de Torres was killed in another attack on Monday.

The latest clash adds Jalisco as a focal point in the drug war.

The violence in Michoacan, Guerrero and the state of Tamaulipas on the US border, have garnered more attention recently.

Authorities say the Jalisco attack appeared to be in revenge over the arrest of four gang suspects in an investigation into a failed assassination attempt against Solorio in March.

“These attacks are a reaction of organized crime after the attack against me,” Solorio said.

The assassination bid was itself a response to a March 23 operation in the town of Zacoalco de Torres in which three Jalisco cartel suspects were killed, authorities said.

Raul Benitez Manaut, a security expert at the National Autonomous University of Mexico, said the Jalisco cartel is well armed and disciplined.

“The army, navy and police have dealt heavy blows against the Jalisco cartel and they are declaring war to the federal government, which is not common,” Benitez said.

More than 100,000 people have died or gone missing since Mexico’s drug war began to escalate in 2006 with the deployment of troops to combat drug cartels.

The Jalisco drug cartel has fought violent turf wars with the Knights Templar gang in the neighboring state of Michoacan for years.

The group sometimes goes by the name Matazetas or “Zetas Killers,” because of its fierce rivalry with the ultra-violent Zetas cartel.

The cartel emerged in 2010 after the death of Ignacio Coronel Villarreal, alias “Nacho Coronel,” the top leader in Jalisco for the powerful Sinaloa drug cartel.