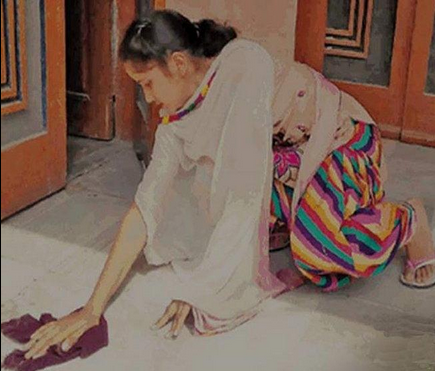 Kaithal: At a time when India is steadily improving its performance in sports, a shocking incident has come to light that has sent shockwaves through the entire nation.

Rishu Mittal, a gold medal boxer from Haryana, has been forced to work as a housemaid in order to pay her school fees.

Rishu hails from Kaithal in Haryana and dreams to make it big in boxing someday. She won a gold medal in the state level championship in 2014 in 46 kg category and represented Haryana during national games in Gwalior in December.

Earlier, she won bronze medals in Bhivani and Faridabad in the year 2012 and 2013 respectively.

Despite that, Rishu also gives time for her boxing practice at the stadium in evening.

“The girl has lost her parents. Her brother is doing a low paying job. She works at other people’s home to survive,” her coach, Rajinder Singh, said.

Rishu, who studies in 10th standard, lives with her brother, who works at a shop.

However, it has always been a topic of debate on whether the government should take up the responsibility to help Indian sportspersons financially and should provide enough opportunity for their employment.

A state level boxer, Rishu dreams to be like boxer Mary Kom and bring laurels to the country.