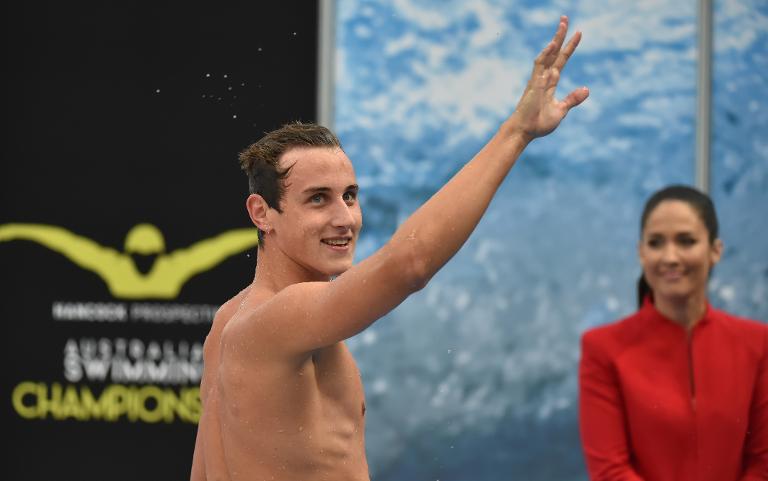 “I do take pride in being consistent,” McEvoy told reporters.

“But getting up racing against Magnussen, I may as well be racing a bunch of 10 year olds – I am still going to do my own race and not worry about who is beside me.”

At least Magnussen’s top two finish gives him a chance to defend his title at July’s world championships in Kazan, Russia.

“I don’t need to be going really fast at this time of year – I have got to peak at the right time,” he said.

Magnussen said it would be a “big mistake” to question his controversial coaching switch despite again finishing second best to McEvoy.

Australian head coach Jacco Verhaeren had made it clear he would scrutinise Magnussen’s national titles display after his surprise departure from Brant Best, who led him to two world 100m freestyle titles.

But Magnussen, 23, insists he has no regrets about linking up with new mentors Mitch and Lach Falvey despite clocking a 100m time slower than last year’s 47.92 national silver winning effort.

“I think I have shown I have early speed – I just need to work on my back end,” he said.

But Cate Campbell admitted she had been getting used to it as she played catch up due to off-season shoulder surgery ahead of the Kazan world championships.

Bronte Campbell clocked the world’s second fastest time this year of 53.05 seconds to top qualifying for Wednesday’s 100m freestyle final ahead of her older sister, by just 0.03 of a second.

Cate Campbell has been unbeaten in the 100m since late 2012 but she is returning from off-season surgery.