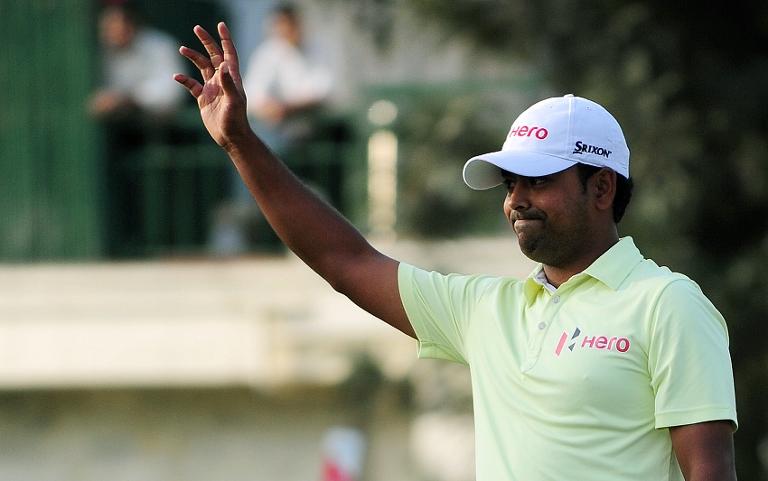 Anirban Lahiri knows that being the new face of Indian golf means the pressure he will feel on Thursday when he makes his Masters debut will be all the more severe.

The 27-year-old from Bangalore qualified for the year’s first major on the back of four tournament wins in the last year, including two co-sanctioned European Tour wins at the Malaysian Open and Indian Open.

He is currently the Asian number one and is 34th in the world rankings, a position that ensures him of his first start at an Augusta National course he had only ever seen on television before last weekend.

Enough to unsettle the hardiest of souls, but Lahiri believes that the progress he has made over the last two years will stand him in good stead.

“I think over the last 24 months my game has improved in various levels,” he said after playing the course for the second time on Monday. “Technically speaking, I think I’ve had a very mild graph going upwards, nothing meteoric, I would say.

“But we have tried to improve on most parameters, including my driving, which has become a lot more accurate than it used to be, and I think my mental side.

“The biggest change has become in believing that I can compete and beat a lot of the worldâ€‘class players.”

Lahiri has played in two British Opens and one PGA Championship, but the Masters is an altogether different challenge that has seen him seek advice from many quarters.

Singh and Atwal were obvious sounding boards and during his short time in Augusta he has had a 15-minute chat with three-time winner Nick Faldo and played nine holes in practice with another former green jacket winner Vijay Singh.

His short-term ambitions though remain modest — “just to go out there and enjoy myself” — but in the long term he is aiming high both for himself and his cricket-loving country.

“It’s obviously very exciting back home. There’s going to be a lot of people up through the night watching the Masters coverage this year,” he said.

“It’s also exciting because it’s someone outside the three, the three being Jeev Milkha Singh, Arjun Atwal and Jyoti Randhawa.

“I think the three of them have been the torch bearers for golf in India for nearly 15 years now.

“There were a couple of us coming through in the beginning taking baby steps in the right directions.

“It’s exciting for everyone at home to see the younger generation, the younger lot, beginning to step up.”

Whatever happens this week, Lahiri’s year is only just getting going as he is set to also play in the three other majors — the US and British Opens and the PGA Championship, as well as a first outing in the Presidents Cup.

Not bad for a player who was little known outside of the confines of the Asian Tour this time last year.