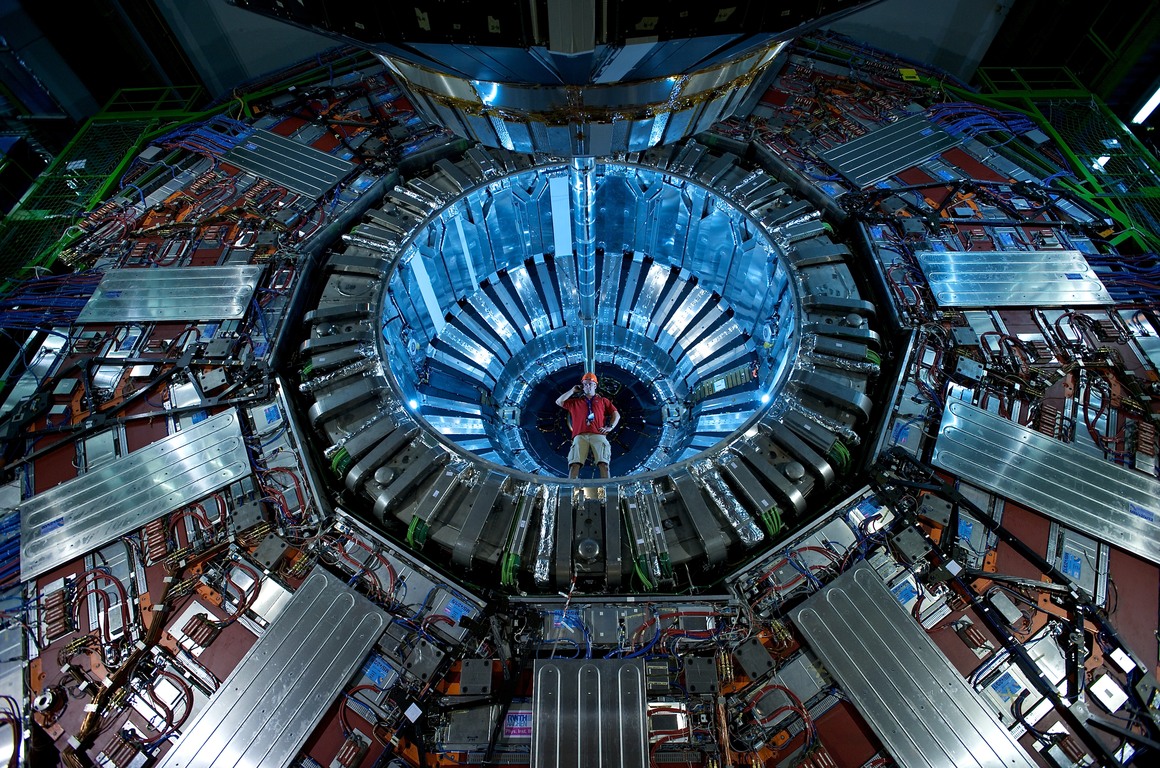 The world’s largest particle smasher has been restarted after a two-year upgrade that will allow physicists to explore uncharted corners of the matter that makes up the universe.

“After two years of intense maintenance and several months of preparation for restart, the Large Hadron Collider, the most powerful particle accelerator in the world, is back in operation,” the European Organisation for Nuclear Research (CERN) said.

Experiments at the collider have been seeking to unlock clues as to how the universe came into existence by studying fundamental particles, the building blocks of all matter, and the forces that control them.

The upgrade – which saw the Large Hadron Collider (LHC) shut down in February 2013 – was intended to nearly double the collider’s maximum collision capacity.

Its previous highest power was eight teraelectronvolts (TeV) reached in 2012, but after the two-year overhaul, it will first reach 13 TeV and can potentially be cranked up to a maximum 14 TeV.

CERN said earlier that if all went well with the start-up particle collisions “at an energy of 13 TeV” could start as early as June.

During the next phase of the LHC programme, researchers will probe a conceptual frontier called new physics, including antimatter and dark matter.

Dark matter is thought to make up some 96 percent of the stuff of the universe while being totally invisible, and super-symmetry, or SUSY, is under which all visible particles have unseen counterparts.

“If I had to bet on what we will find, I would go for SUSY,” said Oliver Buchmueller, a scientist on one of the four machines around the ring that records each collision. “But we could also find something very, very unexpected,” he added.

“This is what makes life on the energy frontier so exciting.”

The latter is a theoretical type of matter that cannot be seen with telescopes but is thought to make up most of the universe.

Ordinary, visible matter comprises only about four percent of the known universe.

In 2012, the LHC was used to prove the existence of Higgs Boson, the particle that confers mass, earning the 2013 Nobel prize for two of the scientists who, back in 1964, had theorised the existence of the “God particle”.