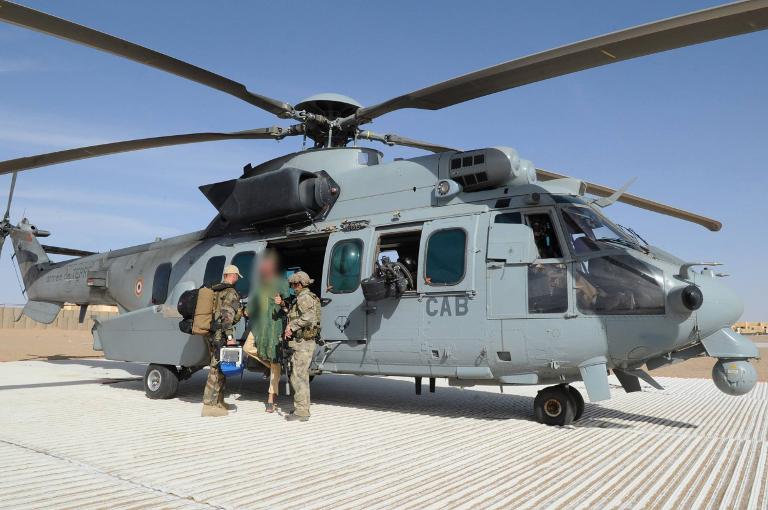 French special forces on Monday freed a Dutch hostage who had been held by Al-Qaeda-linked extremists in Mali for more than three years, after staging a dramatic desert raid that culminated in a gunbattle with his captors.

France’s defence ministry said Sjaak Rijke, a train driver abducted while on holiday in Timbuktu in November 2011, was freed during “military action carried out by the French army’s special forces.”

“This combat action has also led to the capture of several individuals,” added the ministry, referring to the raid against Al-Qaeda in the Islamic Maghreb (AQIM).

It said Rijke was “safe and sound.”

French President Francois Hollande said the freed hostage had been transported to a safe location and that a number of suspected jihadists were killed during the operation.

He said the French soldiers were not aware of the hostage’s location before the raid against the extremists near Tessalit in Mali’s far north, close to the border with Algeria.

“It was a surprise for us — for our forces — to be able to free this hostage because we did not have information” about his presence, Hollande said, without providing further details.

But the president’s account appeared to be contradicted by senior French general Gregoire de Saint-Quentin, the head of special operations, who described a meticulously planned raid involving 20 elite soldiers.

“The hostage was held in a place far from anywhere in a desert zone,” he told Europe 1 radio. He said the troops snuck into the area under the cover of darkness but were spotted by the kidnappers just metres away from the site.

“The guards opened fire on us. We responded and the hostage was freed,” he said, adding that the operation was over “in a few seconds with two kidnappers killed and two others surrendering.”

A video shot after his release showed a relaxed Rijke, smiling as he shared a meal with French soldiers, unlike the gaunt bearded figure in an earlier video released by his kidnappers on the 1,000th day of his captivity.

Dutch media said his wife had left the Netherlands for the Malian capital Bamako to be reunited with her husband.

“It is extraordinary news for Sjaak and his family,” Koenders said. “I am happy and grateful that this horrible period of uncertainty and distress is over.”

Gunmen had stormed into Rijke’s hotel in Timbuktu in 2011, capturing him as well as a South African and a Swede, both of whom are still being held.

Rijke’s wife, also at the hotel at the time, managed to escape the attack.

Rijke, who was 51 when he was kidnapped, and his wife were described in the Dutch media as seasoned travellers who were on a “dream trip” to cross the Sahara.

In November 2014, AQIM released a video of Rijke making a statement on the 1,000th day of his captivity.

Also seen in the video was French hostage Serge Lazarevic, who was later freed in a prisoner swap against four jihadists in Mali.

Mali’s vast desert north is riven by ethnic rivalries and an Islamist insurgency.

Jihadists linked to Al-Qaeda controlled Mali’s north for more than nine months in 2012 until they were routed by a French-led military intervention, but extremist fighters remain active throughout the restive northeast.

Mali is also struggling with ethnic Tuareg militants fighting the army over northern territory they claim as their homeland and call Azawad.

The troops he spoke of serve under the Barkhane operation targeting jihadists in the Sahel region.

France announced last month that it would further boost its military presence in the barren Sahel to also support the fight against Nigeria’s Boko Haram Islamists.