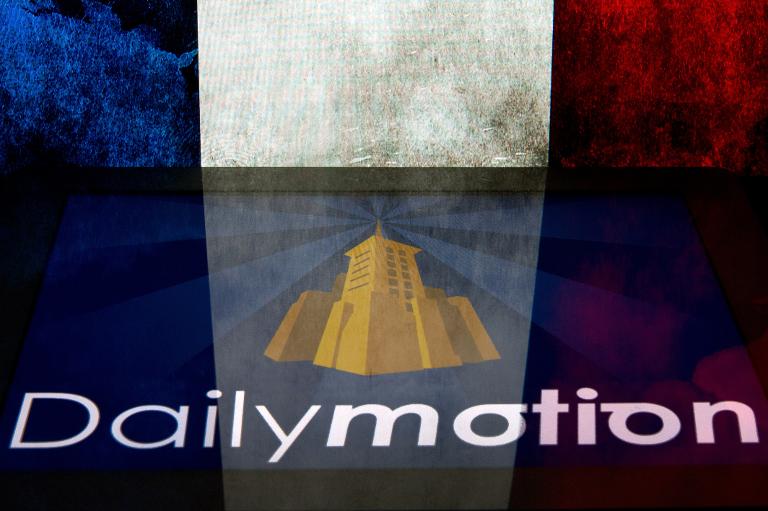 France’s Vivendi said Tuesday it had entered into “exclusive talks” to buy 80 percent of Dailymotion after Paris thwarted attempts by Yahoo! and a Hong Kong telecoms giant to buy a stake in the video-sharing site.

The offer from a French firm is likely to be more palatable to the government, in a country that is struggling to foster homegrown high-tech champions at a global level as its numerous start-ups often end up being snapped up by foreign companies.

The YouTube equivalent, which belongs to telecoms group Orange, has long generated interest from companies far and wide but the French government has fervently protected its national technology jewel, saying it would prefer to see it remain in European hands.

Quick-off-the-mark, Vivendi announced Tuesday it had made an offer to Orange for Dailymotion — one of the 100 most-visited websites worldwide.

The two firms said later Tuesday in a joint statement they were “in exclusive talks concerning the acquisition by Vivendi of 80 percent of the capital in Dailymotion for 217 million euros” ($235 million).

The price would value the whole of Dailymotion at around 265 million euros.

France caused a furore in 2013 when it blocked a bid by US giant Yahoo! to acquire Dailymotion.

Yahoo! Inc. had been in talks to buy a 75-percent stake in Dailymotion, but the government, which holds almost 25 percent of Orange, had insisted on a 50-50 split.

Then Industrial Renewal Minister Arnaud Montebourg, a maverick widely viewed as anti-business who has since been forced out of the government, had said he blocked the deal because the US firm was seeking to “devour” the French company.

His move dealt a blow to France’s business image at a time when the struggling country was trying to attract investment and kickstart a moribund economy.

Then last week Economy Minister Emmanuel Macron, a former investment banker viewed as pro-business, raised eyebrows when he came out against exclusive talks between Orange and the PCCW conglomerate owned by the son of Hong Kong tycoon Li Ka-shing.

He acknowledged that the PCCW offer “could be a good option”, but “I want to be sure that we don’t have a European champion that we can build onto this platform,” he told French television.

PCCW had planned to turn Dailymotion into a YouTube competitor in Asia, but Macron warned this meant the French video-sharing site would eventually turn into a Chinese platform.

Discouraged by the minister’s comments, the Hong Kong firm announced Monday it had ended its bid for Dailymotion.

“The desire of the French government to encourage the search for a European solution discourages participation of international companies,” PCCW said in a statement explaining its decision.

The government’s reluctance to give up Dailymotion to US or Hong Kong firms has some in France scratching their heads, particularly as it allowed the sale of a near 50-percent stake in the strategic airport of Toulouse to a Chinese consortium in December.

But Pascal Perri, an expert in the digital economy, said it made sense.

“Toulouse airport cannot be delocalised, it’s here to stay whereas Dailymotion is a tool for France’s influence abroad, which is important,” he said.

Other companies have also expressed an interest in Dailymotion, according to several media reports, including French holding firm Fimalac and German group Bertelsmann.

Founded in 2005 by two French entrepreneurs, Dailymotion is the 85th most visited site in the world, according to web traffic data provider Alexa. YouTube is the third.

It is available in 18 languages, is strongly present in Asia but is not yet profitable.

“Dailymotion’s success is not comparable to YouTube because YouTube latched onto a huge company that is now one of the main market capitalisations in the world,” Perri said, referring to Google.

“Google is a strategic tool for Americans and when Obama talks about it, that’s how he talks about it. It’s good that we have the same reasoning.”