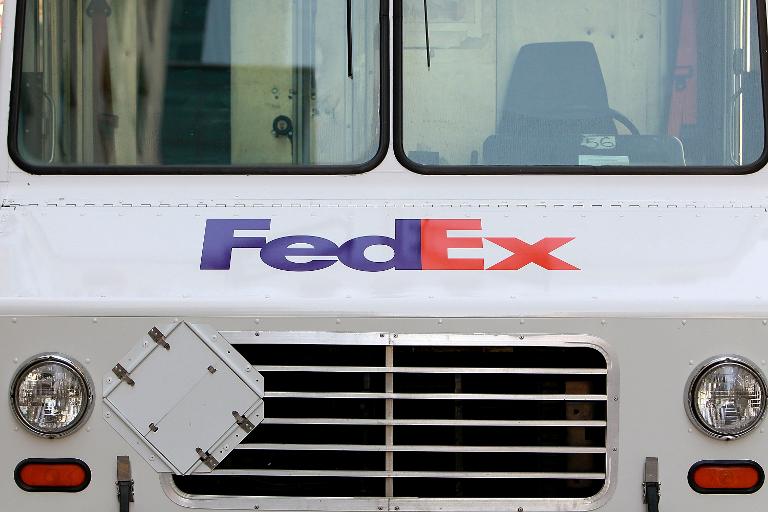 TNT’s share price jumped by around 30 percent in mid-morning trade on the Amsterdam stock exchange’s AEX index to 7.80 euros a share.

Dutch mail service PostNL, which owns 14.7 percent of TNT Express, has agreed to the offer.

That deal would have seen the creation of the biggest European group in the fight for the global parcel market.

The deal was torpedoed after European competition authorities failed to give it the green light saying it would have restricted competition on the continent.

On Monday, both FedEx Express chief executive David Bronczek and his counterpart at TNT Express Tex Gunning said they were confident the deal will be passed by regulatory authorities.

“The transaction will increase competition in Europe. We say a third strong competitor in this marketplace is essential,” Bronczek told reporters via a teleconference call.

“TNT has an exceptional European road platform. It will greatly improve our (FedEx’s) ability to serve European customers,” he said.

“FedEx has always been recognised to have a need for a stronger pan-European ground network to complement our strong intercontinental network,” said Bronczek.

TNT Express boss Gunning said the unsolicited offer came at a time of “important transformations” for the company.

“Our people and customers can profit from the true global reach and expanded propositions, while with this offer our shareholders can already reap benefits today that otherwise would only have been available in the longer run,” he said.

Gunning brushed off reports that the deal would lead to job cuts at TNT Express, which employs some 65,000 people worldwide.

“There is little overlap and therefore much less risk of redundancies,” Gunning said via teleconference.

The two companies expect the deal to close in the first half of 2016.

The European regional headquarters of the combined companies will be at TNT Express’s current headquarters at Hoofddorp outside Amsterdam, while the TNT Express hub in Liege, Belgium, will be maintained as “a significant operation for the group”.

TNT Express, which operates in more than 200 countries and maintains a leading role in the road freight network in Europe, will sell its airline operations in compliance with applicable airline ownership regulations.

It went through extensive restructuring after the UPS bid failed, announcing in March 2013 that 4,000 jobs would be slashed — or 6.0 percent of its total workforce — over the next three years.

FedEx employs more than 320,000 people worldwide with an annual turnover of $47 billion.