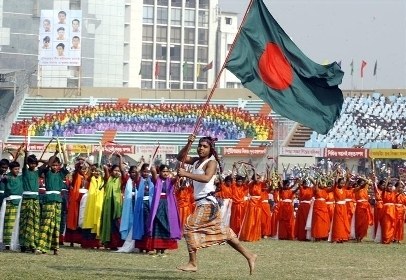 Dhaka: Bangladesh will soon be able to use roads, water and railways of India for carrying out trade with Nepal and Bhutan.

Bangladesh cabinet on Monday in its regular weekly meeting approved the draft amendment of the trade agreement between Bangladesh and India, which, once signed, will allow goods-laden trucks from Bangladesh to use Indian corridor to import or export goods from Nepal and Bhutan.

The original India-Bangladesh trade agreement was signed in 1972, and has been renewed many times. However, this will be the first time when the deal would allow Bangladesh the use of an Indian corridor for trade with other countries in the region.

â€œBangladeshi vehicles can use the Indian corridor for transit to Bhutan and Nepal,â€ Cabinet Secretary M Musharraf Hossain Bhuiyan said.

â€œMeanwhile, India will get the same facilities from Bangladesh for trading with Myanmar. However, Bangladesh will get more facilities because Nepal and Bhutan are prospective markets for the country. So it is a great achievement,â€ the cabinet secretary said.

â€œIn case of cancellation, the interested party will have to send a notice six months before the expiry of the tenure.â€ he added

The current deal expired on March 31, but the amendment of the renewal agreement would be considered to be in effect from April 1.

Under the finalized draft deal, both the countries have the right to impose a fee on transportation of goods by vehicles.

The revised agreement is expected to be signed between the two countries during the visit of Indian Prime Minister Narendra Modi in Dhaka or during Bangladesh Prime Minister Sheikh Hasinaâ€™s visit to New Delhi, sources said.Â