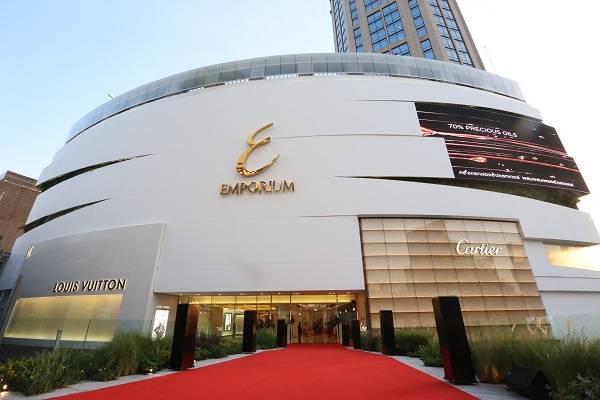 The lavish malls in Bangkok, including the newly opened high-end mall, EmQuartier, are an exclusively rich affair.
But the true cost may extendÂ beyond Thailandâ€™s borders. In part because of the cityâ€™s intense climateâ€”it is one of the hottest big cities in the worldâ€”Bangkok malls and theirÂ massive air conditioning systems consume immense amounts of electricity.
The huge Siam ParagonÂ mall consumes nearly twice as much power annually as Thailandâ€™s entire underdevelopedÂ Mae Hong Son province, home to about 250,000 people.
As Thailandâ€™s natural gas supplies run low, that electricity increasingly comes from environmentally destructive dams on the Lower Mekong River, particularly in Laos. Some 240Â million peopleÂ in the region depend on the river for their livelihoods.
AroundÂ 30 billion baht ($929 million) is being spent on EmQuartier and two adjacent projects, the revamped Emporium mall, and the yet-to-be-built EmSphere complex.
Along with a fewÂ smaller rivals, the companies are plowing huge sums into buildingÂ even more. The Mall Group is spendingÂ 30 billion baht ($929 million) on EmQuartier and two adjacent projects, the revamped Emporium mall, and the yet-to-be-built EmSphere complex.
Part of the appeal of Bangkok malls has to do with the cityâ€™s climateâ€”for muchÂ of the year, it is simply too hot to beÂ outdoors. The aggressively air-conditioned malls have becomeÂ the de facto place forÂ peopleÂ to congregate, eat at the mallsâ€™ often excellent food courts, and take innumerable selfies.
Thailandâ€™s rapidly growing middle class has newly disposable income to spend on such branded affairs. â€œTheir interest in the materialism trend gave a big support to luxury goods in many categories,â€ Euromonitor noted inÂ a recent reportÂ on the Thai retail sector.
And the country is also, crucially, home to a small but extremely wealthyÂ elite. So-called â€œHisoâ€ (for High Society) Thais are major luxury spenders, accounting for the presence ofÂ the cityâ€™s Lamborghini and FerrariÂ dealerships and five stand-alone Prada outlets, including a huge new store at EmQuartier.
Foreign tourists, especially from China, are another important element in the mix, although arrivals have taken a hit in the wake of last yearâ€™s military coup.
Â