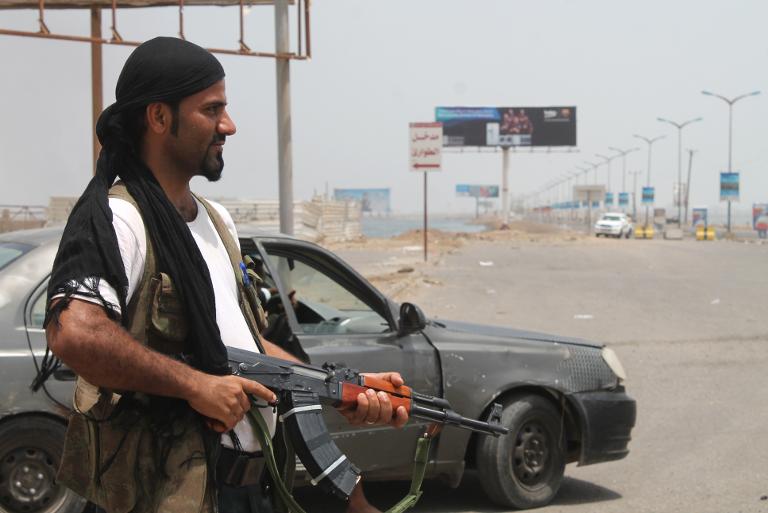 Four loyalist militiamen were killed and 12 wounded, a medic at a military hospital told AFP.

Residents said that the loyalists had pushed the rebels further from the port, as warships of the Saudi-led coalition shelled rebel positions across Aden.

Mualla is not Aden’s main port but it has been the focus of fierce fighting in recent days. On Monday, medics and officials said 53 people had been killed in fighting in the area over the previous 24 hours.

He said that loyalist tribes and militia in Abyan and neighbouring Lahj province were sending fighters to Aden to back Hadi’s forces in the city.

During the night, Saudi-led warplanes carried out fresh strikes on the rebel-held Al-Anad air base in Lahj province, pro-Hadi General Muthanna Jawas said.