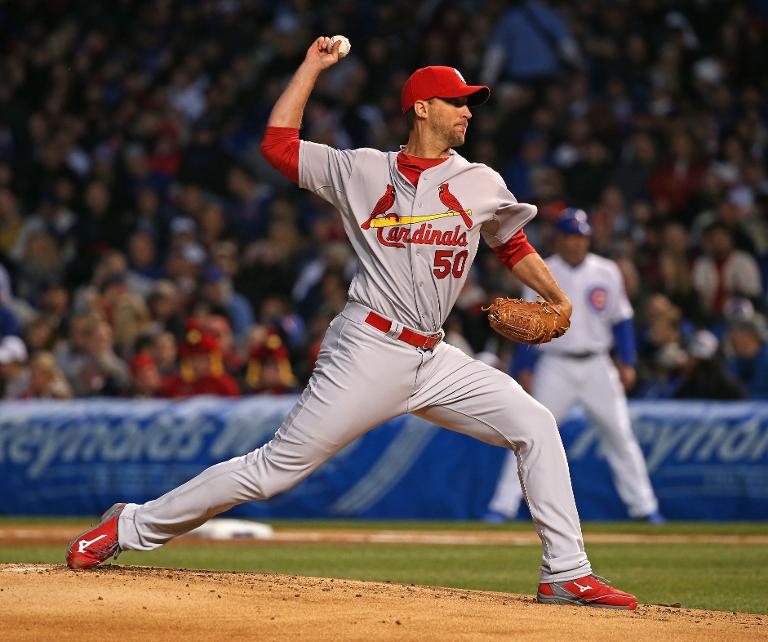 St. Louis scored a run in each of their first two innings to start the scoring and provide a cushion for their ace right-hander Wainwright to weave his magic.

“He’s a bully out there. He wants to come at you,” Cardinals outfielder Jason Heyward said. “He won’t give in when the batter thinks they’re going to get a good pitch to hit.”

“I was real impressed with how Wainwright went about his business,” said Cardinals manager Mike Matheny.

Heyward smacked two doubles among his three hits and scored a run. Matt Holliday tallied a pair of RBI singles, while Trevor Rosenthal picked up the save with a 1-2-3 ninth.

Like the start of every new season, there is renewed optimism surrounding the Cubs who lost 89 games last season and finished last in their division for the fifth-consecutive year.

Not only did they bolster their pitching staff by adding Lester but they brought in top manager Joe Maddon.

But all-star Lester struggled in his debut for the cursed Cubbies, surrendering three runs on eight hits and two walks with six strikeouts over just 4 1/3 innings.

“Not much working tonight,” he said.

Heyward smacked a one-out double in the first inning and Holliday sent him home by driving a base hit to right field.

The Cubs squandered doubles in the first two innings and also in the fifth.

St. Louis pushed across its third run in the top half of the fifth. Three straight singles by Carpenter, Heyward and Holliday made it 3-0.

Carlos Martinez pitched a scoreless seventh before Jordan Walden blanked the Cubs in the eighth.