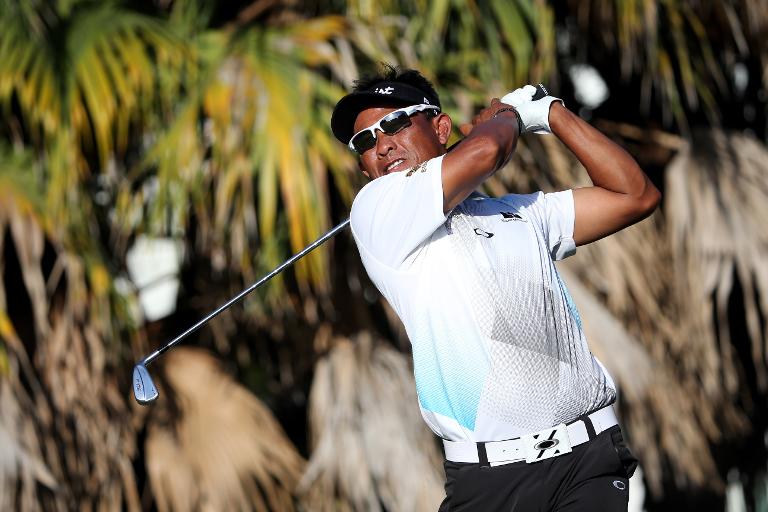 Thailand’s Thongchai Jaidee is well rested and excited for his fourth Masters start this week at Augusta National, confident more Asian success in golf’s majors will come in time.

South Korean Yang Yong-Eun’s victory in the 2009 PGA Championship remains the only major title won by an Asian man, but 45-year-old Asian Tour star Thongchai has watched a rising tide of talent from India, China, Japan and South Korea.

“It’s true we haven’t seen any Asians breaking through but as time goes by, we can expect more wins from Asian players,” he said.

“Development of golf needs time and these days, I see golfers from Japan and Korea have been coming out strong and representing our continent on the world stage. A country like India is also doing well. But at the end of the day, it needs time.”

World number 43 Thongchai, one year younger than Jack Nicklaus when he became the oldest Masters winner at age 46, has not given up on making it happen himself, saying the Masters offers his best chance to contend.

“I feel I’m ready for the upcoming Masters,” he said. “I’ve had a full month of not playing in tournaments and was instead getting myself ready for the Masters.

“I’ve been hitting the ball better despite my advancing age but I’m good in trying to keep my body fit and healthy by doing regular gym work. I stay fit all the time to make sure that my golf is at its best.”

“I’ve learned a lot from my three visits to Augusta National,” he said. “It’s not a golf course where you can go aggressive as it will punish you, especially around the greens. You need to be steady and consistent to play each shot and try to make birdies when there is a good opportunity.”

Among the things Thongchai enjoys about the trip down Magnolia Lane to the Augusta National clubhouse is the tradition on offer, including the Par-3 Contest, although no player who has ever won it has gone on to win the Masters in the same year.

“Augusta National is a unique course unlike the other majors where they switch different courses every year,” he said. “There is so much tradition at the Masters Tournament … such as the Par-3 Contest. It’ll be a good week.”

The former paratrooper made the Masters cut for the first time last year, achieving his goal of playing through the weekend at every major at least once.

Thongchai, the only three-time Asian Tour Order of Merit champion, shared 37th at last year’s Masters and also won the Nordea Masters in Sweden, his second victory on European soil.

He is also in position to secure a spot on the Internationals squad that will face the United States in this year’s Presidents Cup in October at South Korea.