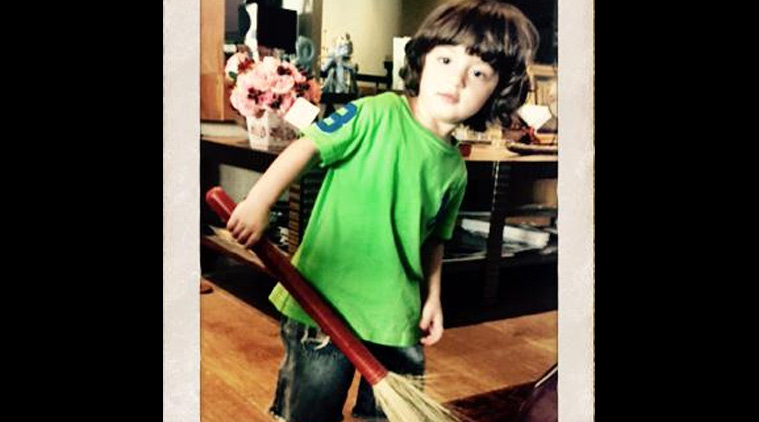 New Delhi: Looks like Shahrukh Khan’s tiny tot, Abram, is the latest one to join the Swachh Bharat mission. SRK is keen on teaching his liâ€™l one about cleanliness from an early age.

The actor shared a picture of AbRam holding a broom and he wrote: â€œStarting him young to believe in Clean Indiaâ€¦.Green Indiaâ€¦& maybe a round or two of Quidditch!!â€

Quidditch, as any Harry Potter fan will know, is the game played in the wizarding world in which players zoom around on broomsticks.

Cynics might say an imaginary world of wizards, magic and flying broomsticks is perhaps easier to believe in than a clean and green world of regular humans, but SRK, a superstar who routinely does six impossible things before breakfast on-screen for a living, knows a thing or two about transforming the make-believe into something resembling reality.