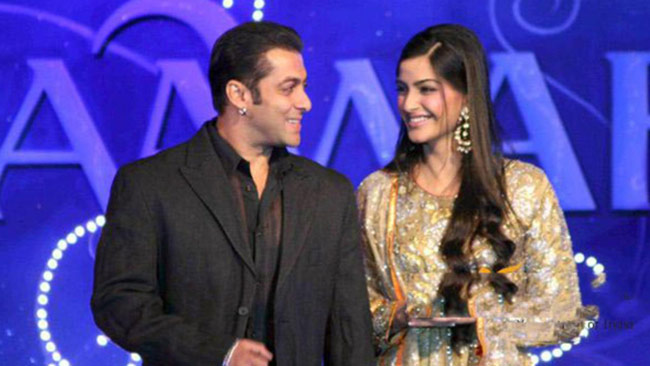 Salman will be seen romancingÂ Sonam KapoorÂ after her debut 2007 movie SaawariyaÂ in the movie.

The director and actor started their careers almost at the same time with 1989 runaway hitÂ Maine Pyar Kiya.

“Prem Ratan Dhan PayoÂ will be releasing during the Festival of Lights – Diwali. Rajshri is proud to partner with Fox Star Studios for this film that will release on November 11.Â Salman Khan and Sonam Kapoor star in this complete family entertainer that we hope will tug at the heartstrings of audiences with the Indianness of love, and values it has in its core,” BarjatyaÂ said in a statement.

With the film, Salman will be playing the character of Prem after a long time.

“Salman is playing a character that he hasn’t played in a long time. He is the quintessential Prem once again that audiences have loved and treasured in their hearts. We are gearing up with release strategies that will unfold soon,” he added.

Himesh Reshammiya is composing the music for the movie.