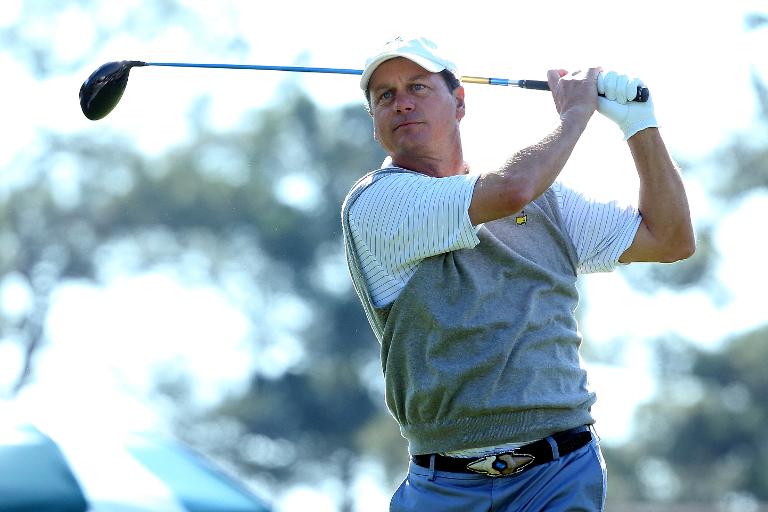 Should either golf superstar capture the green jacket next weekend, McIlroy to complete a career Grand Slam and win his third major in a row or Woods for a fifth time to end a seven-year major win drought, he might just owe some thanks to 51-year-old Knox, who set the Augusta National members course record of 61 in 2003.

And Woods played his practice round Friday at Augusta National with Knox, according to a Golf Channel report Sunday, just before announcing that he would play in the Masters, ending a layoff that began February 5 when he withdrew after 11 holes at Torrey Pines.

Woods, 39, has been nagged by back injuries for much of the past year, his quest simply to complete 72 holes becoming a soap opera sideshow.

“I’m playing in the Masters,” Woods said. “I’ve worked a lot on my game and I’m looking forward to competing.”

McIlroy, 25, has won last year’s British Open and PGA Championship and has established himself as the world’s top player, but yearns for the only major crown to have eluded him.

“It’s a matter of being prepared and not over-thinking it,” McIlroy said.

Knox, already the envy of the golf world for his role as a marker if an odd number of players make the Masters cut, was deeply praised last year by McIlroy.

“Jeff is a great player,” McIlroy said at the time. “He obviously knows this place so well and gets it round. I don’t think I’ve ever seen anyone putt the greens as well as he does. He was really impressive. He played like he should have been playing in the Masters.”

McIlroy said that he planned to seek out Knox last month when he visited Augusta National for practice rounds.

“Playing with Jeff, it was a treat for me to see how he played the course, see someone that has played it a lot more than me,” McIlroy said six weeks ago.

“Even though everyone said, ‘Oh, you got beat by an amateur,’ not many amateurs can shoot 71 off the Masters tee at Augusta. A lot did come out of it. I picked his brain a little bit on the way around … it did turn into quite a positive for me.”

Australian Jason Day hopes to find positives after near misses, the two-time US Open runner-up having come second at the 2011 Masters and shared third two years ago.

“Preparation is huge on this golf course and I try to do as much of it as I can,” Day said. “All I’m trying to do is tune up a few things and tune them up while it is still early.”

Reigning US Open champion Martin Kaymer of Germany was among those who arrived at Magnolia Lane early to watch the Drive, Chip and Putt youth skills contest finals Sunday at Augusta National.

“You can see the passion,” Kaymer said. “Last year they inspired me a little bit. They got me fired up. There’s a natural untouched beauty about the passion. We play this every week. Sometimes we forget.”

Augusta National chairman Billy Payne said in 2011 that 99 starters is “difficult” and “a borderline to be able to present the kind of competition that we want.”

“There is a maximum number of competitors for which we can give the experience that we want them to have and do it in a way that’s manageable — 100 pushes that limit quite significantly.”