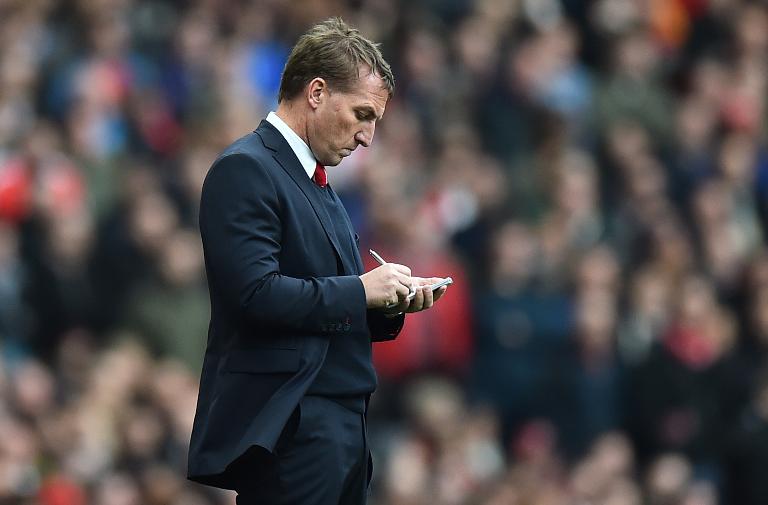 Liverpool manager Brendan Rodgers has refuted reports that he held an angry meeting with his players in the aftermath of their 4-1 thrashing at Arsenal.

It was suggested some members of Liverpool’s squad reacted indignantly to Rodgers accusing them of not playing for him during crisis talks at the club’s Melwood training ground on Monday.

Liverpool are now seven points adrift of the Premier League’s top four, leaving them in severe danger of missing out on a place in next season’s Champions League.

But, with Liverpool due to travel to Championship side Blackburn in an FA Cup quarter-final replay on Wednesday, Rodgers was keen to put Saturday’s loss behind him and he rejected the allegations of a row with his players, insisting there was nothing out of the ordinary in the post-match debrief.

“I’ve heard that this morning. It is something you can’t help,” he said.

“We have lots of meetings here in terms of analysing performance and it was no different to a whole host of meetings we have all year.

“Those meetings helped us recover from the bad start we had to win 10 games out of 13.

“It was nothing really; it was just analysing performance, analysing where we are at and then feeding forward to the players.

“With seven games to go and an FA Cup quarter-final the objectives we can clearly achieve between now and the end of the season.

“It is just unfortunate something else was made up.

“I have a great bunch of players here who tirelessly every single day give me everything and you can see that in how we play.

“We might be short in terms of several elements but in terms of the commitment and work ethic that is pretty clear and has been since I’ve been here.”