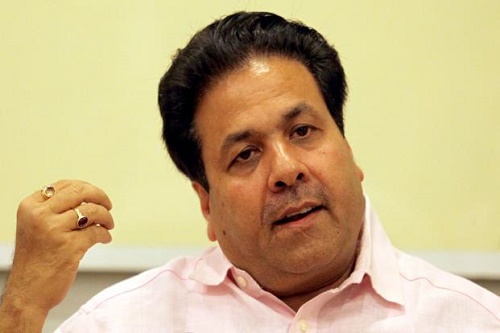 New Delhi: Rajeev Shukla was, on Monday, reappointed chairman of the powerful Indian Premier League (IPL) Governing Council. Former Union Minister and Congress leader Shukla was the IPL chairman till 2013 when he resigned from the post in the aftermath of the IPL â€˜spot-fixingâ€™ scandal.

After intense speculation over who will take charge of the league with former Indian captain Sourav Ganguly, Ajay Shirke and Ranjib Biswal being the others in the fray, Mr. Shukla ultimately emerged as a consensus candidate. His appointment came just one day before opening ceremony of the IPL-8 in Kolkata.

Another former captain Anil Kumble has been retained as chairman of the Technical committee while Congress leader and MPCA top boss Jyotiraditya Scindia will head the powerful finance committee.

Chetan Desai of Goa will head the Marketing Committee while Gokaraju Gangaraju of Andhra will be in-charge of the Tours and Programmes Committee.

Cricket Association of Bengal treasurer Biswarup Dey will be the new head of the Media Committee.

A new committee called Affiliations Committee headed by Anurag Thakur has been formed while president Jagmohan Dalmiya himself will now chair the Constitution Review Committee with Mr. Shukla for company.