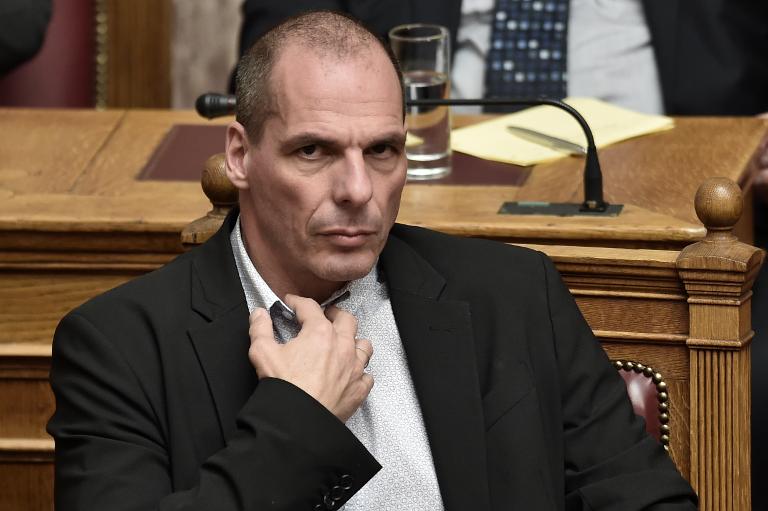 Greece has confirmed it will make a 460 million euro ($505 million) debt payment to the International Monetary Fund this week as it seeks to allay concerns over the country’s solvency.

â€œMinister Varoufakis and I exchanged views on current developments and we both agreed that effective cooperation is in everyoneâ€™s interest,” Lagarde said in a statement.

“We noted that continuing uncertainty is not in Greeceâ€™s interest and I welcomed confirmation by the minister that payment owing to the Fund would be forthcoming on April 9th.”

Announced barely a day in advance, Varoufakis’ meeting with Lagarde had added to speculation that Greece and its new hard-left government was finding it increasingly difficult to raise money to pay its debts.

A Greek government source on Monday acknowledged that “the crucial phase in which relations between Greece and its creditors find themselves” made such a meeting necessary.

“An initial high-level meeting between the new government’s finance minister and the IMF director was expected,” the source said.

There was speculation ahead of the visit that Athens might fail to meet the instalment if forced to choose between paying the IMF and paying government workers.

Athens though wants the IMF, the European Commission and the European Central Bank to recast their massive financial aid to the country as it tries to turn its economy around.

Last month, Greek Prime Minister Alexis Tsipras had warned German Chancellor Angela Merkel in a letter that Athens would not be able to service its debt without more financial help from the European Union.

Varoufakis’ ministry however reiterated after his meeting with Lagarde that the Greek government intended to meet all its financial obligations.

It also called the meeting “productive” and said it was held in a “particularly positive atmosphere.”

Greece has not received the remaining funds in its 240-billion-euro European Union-IMF rescue package as Brussels has demanded to first approve Greece’s revised reform plan.

Lagarde said she appreciated Varoufakis’ commitment to continued talks on its economic plan in Brussels — which were to resume on Monday — and to supporting the work of lenders’ technical teams reviewing Greece’s progress.

“The Fund remains committed to work together with the authorities to help Greece return to a sustainable path of growth and employment,” Lagarde added.

Varoufakis was also due to meet US Treasury officials on Monday as well as Caroline Atkinson, an aide to President Barack Obama.

Athens is betting on this week’s Euro Working Group meetings to give it some relief from its creditors.

Eurozone deputy finance ministers will meet on April 8 and 9 in an attempt to reach an agreement on the Greek reforms needed to unlock the last tranche of its bailout package.

While the tone has been more conciliatory in recent days, differences persist and time is not on Athens’ side.

Beyond the IMF payment, “there is a liquidity problem and the discussions must lead to the end of water torture,” Labor Minister Panos Skourletis told Greek radio on Monday.

Since 2010, Athens has received two successive loans from the EU and the IMF totalling 240 billion euros in exchange for tough austerity measures and sweeping economic reforms.

The government that took power in January however has engaged in difficult negotiations with European leaders to continue receiving support while easing the austerity requirements in order to boost economic growth.