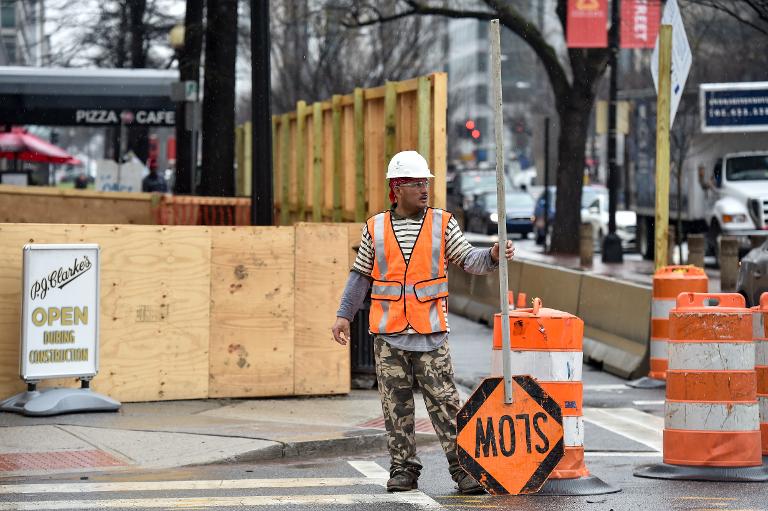 After turning a deaf ear to pressure for years, US businesses are digging into their pockets to improve the lot of the lowest-paid workers, but also their own images.

Faced with a mounting campaign to address a growing gap between the rich and the poor, and complaints that low wages leave workers dependent on state handouts, some of the largest US employers have announced sweeping wage increases in recent weeks.

After department store Walmart and clothing chain The Gap said they would raise worker pay, this week fast food giant McDonald’s announced a hike for 90,000 of its workers.

The wave of companies showing a greater appreciation for their workforce has even spread to the tech industry. Microsoft announced it would require its contractors to extend paid leave to thousands of people that regularly work for the company but are not Microsoft staff.

The companies have made sure the public takes note. McDonald’s took a full-page advertisement out in the New York Times heralding its generosity.

“We’re announcing a first step in rewarding the team members who work so hard for our brand every day,” it said.

Wal-Mart Stores chief executive Doug McMillon told workers that the world’s largest retailer would “continue to provide that ladder that any of you can climb.”

But the moves, which sought to raise hourly wages above the official minimums — McDonald’s promised it would pay an average $10 an hour by the end of 2016 — still fell short of a national campaign calling for a $15 an hour standard.

That raised questions about whether the moves are simply a publicity effort for the firms.

The US labor union federation, the AFL-CIO, which has been fighting for higher wages for retail and food chain workers, dismissed the question.

“It’s not essential to figure out whether or not they did it for good reasons. The key issue here is that it rewards months of mobilization,” deputy policy director Kelly Ross said.

The companies could also be responding to fundamental economics. The US economy has been growing steadily and companies have added some 3.4 million jobs in the past year alone, tightening the jobs market somewhat.

“It is a public relations move by the companies, but it comes in a macro-economic context that is pushing up low wages,” Ioana Marinescu, a labor rights expert at University of Chicago, told AFP.

Michael Strain of the American Enterprise Institute in Washington agreed.

“As the labor market become more competitive, the firms have to increase wages to attract the workers they want,” he said.

At the same time, a debate has mounted over why only the wealthiest Americans have seen income gains while wages and salaries for the lowest 80 percent have stagnated or declined.

Worker groups want the government to address it by forcing up the official minimum wage.

But the political gridlock in Washington leaves the focus on companies. For several years President Barack Obama has pressed Congress without success to increase the federal minimum wage, stuck at $7.25 an hour since 2009.

Nor has he been able to get enough Congressional support for other benefits common elsewhere, like a minimum paid maternity leave.

“Congress is clearly broken and won’t change anything with respect to the labor market,” said Jacob Kirkegaard, a researcher at the Peterson Institute for International Economics.

He told AFP that companies announcing wage increases get more than a public relations boost.

“If you pay more than the average, you’ll have a higher retention rate so you won’t have to constantly spend money on training new hires.”

Some analysts express worry of the risk that the large firms raising wages will make business harder for small companies with less financial power.