Home Sports Thiagos emotional return for Bayern after year out 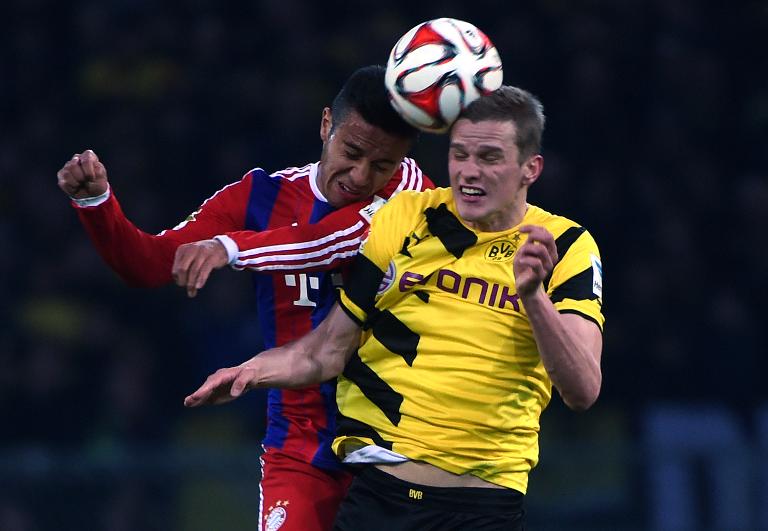 Spain midfielder Thiago Alcantara made no secret of his ’emotional moment’ as a he shed a few tears on his Bayern Munich return after a ‘tough’ year out with injury.

The 23-year-old came off the bench for the last 20 minutes of Bayern’s 1-0 win at Borussia Dortmund on Saturday to make his first appearance since March 29 last year after a horror run of injuries.

Having torn knee ligaments in Bayern’s 3-3 draw with Hoffenheim in March, the Spain star re-injured the same joint last May in training.

It meant another operation and extended his time on the sidelines before a third knee injury during rehabilitation last October.

“It was difficult because I couldn’t count the days – I was counting months,” Thiago told Bundesliga.com.

“So it was tough. Every day was like the next final.

“I fought my way there and now I’ve got to enjoy it.

“I donâ€™t have to fight anymore, I just have to enjoy it.”

In total, Thiago missed 53 games for Bayern and sat out the World Cup, but he was just relieved to get back on the pitch after such a lengthy absence.

“As a footballer, we live for this,” said the Spaniard.

“It’s been a long and difficult year, but now I’m back. I don’t have the words to describe it.

“Football for people is just a game, but you can see from the crowd how emotional they are, so it’s more than that – it’s not about a game, it’s life.”

Having spent more time with Bayern’s medical staff than his team-mates in recent months, Thiago was quick to thank those who helped him on his path to recovery.

“We’re always together as a team and I have to thank everybody,” he said with Bayern ten points clear in the Bundesliga table.

“Now the value of everything is greater.

“You spend one year off and can now enjoy it again. It’s a special moment.”