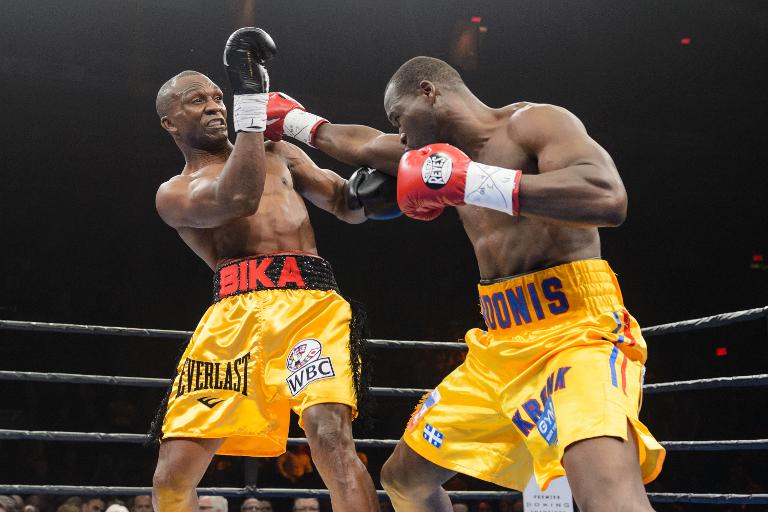 Haitian-born “Superman” Stevenson dropped Bika twice, but he couldn’t finish him off.

Bika, who was born in Cameroon, and formerly held the WBC super middleweight world title, fell to 32-7 with three drawn and 21 knockouts — but he’s still never been stopped inside the distance.

“I know Sakio Bika is a tough guy, so I prepared for 12 rounds,” Stevenson said.

Stevenson took some time to get to grips with Bika’s awkward style, but got to him with some hard punches in the fifth when Bika went down in what was ruled a slip.

He sent Bika to the canvas in the sixth with a big left, and connected with a short left to the mouth to drop him again in the ninth — Bika barely making the count before the bell sounded to end the round.

The WBC had already declared that Kovalev would be Stevenson’s mandatory WBC title opponent should Stevenson get past Bika.

“I’m ready,” Stevenson said this week of a potential Kovalev showdown. “To unify the titles is no problem for me. I should have those titles.”

On the undercard, Montreal-based Russian Artur Beterbiev crushed former title-challenger Gabriel Campillo, knocking out the Spaniard at 2:22 of the fourth round with a massive right-left combination in a light heavyweight bout.

It was the eighth knockout in as many pro bouts for Beterbiev, who enjoyed a standout amateur career.

Campillo fell to 25-7-1, with 12 knockouts, dominated the whole way by Beterbiev who proclaimed himself ready for a professional world title shot.