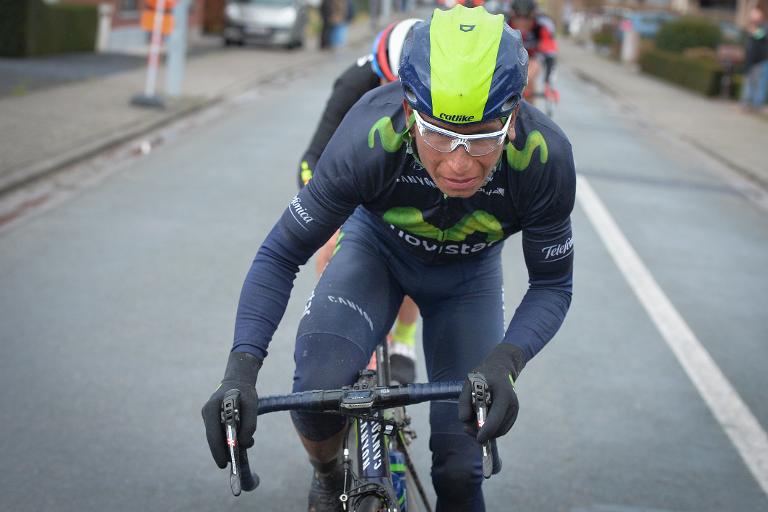 Giro d’Italia winner Nairo Quintana will be the man to beat when the six-stage Tour of the Basque County gets underway on Monday.

The Colombian won the race back in 2013 and will be looking to build on his win at the Tirreno-Adriatico last month as he steps up his preparation in the quest for a first Tour de France victory in July.

“I have very good memories (of this race), the truth is I like it and I have a lot of teammates that know the race very well,” Quintana told the race’s website.

“This reassures us and with the team we have we shouldn’t have any problems. The route is well-suited for me, but I have to have my rivals in mind.”

Quintana won’t come up against the men he is likely to be battling for victory at the Tour in a few months time as Chris Froome, Alberto Contador and Vincenzo Nibali are not involved, whilst Movistar teammate Alejandro Valverde is concentrating on the spring classics.

The biggest challenge is likely to come from Polish world champion Michal Kwiatkowski.

“He is the world champion, what more do we need to say,” added Quintana.

“He is a very strong and complete rider, therefore between the time trial and in the climbs which aren’t very long the route will suit him. We need to look for a strategy to beat him.”

Kwiatkowski was runner-up to Contador last year having finished on the podium in five of the six stages.

However, he has one eye on the Ardennes Classics as well as on challenging Quintana.

“I like the race a lot and on top of that it is the ideal preparation for the Ardennes Classics. If I am in good form here then I can do well in the classics.”

Kautsha rider Joaquim Rodriguez is another contender for the general classification on home soil despite a quiet start to the season.

Meanwhile, Mikel Nieve will lead for Sky in his home region in the absence of Froome and the in-form Richie Porte.

After two undulating stages which could favour breakaways, mountain stages on days three, four and five form the backbone of the race, but the 18.3km time trial on the final day could hold the key to overall victory with a tricky climb to the finish line in wait.