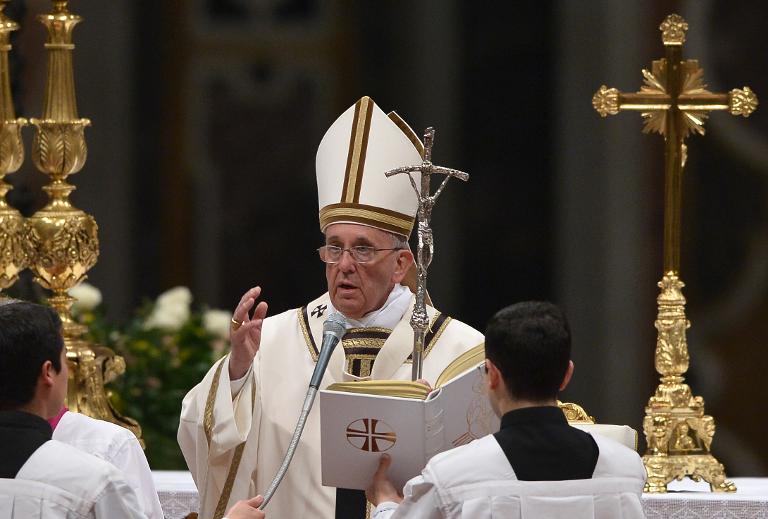 Pope Francis condemned indifference and “complicit silence” to jihadist attacks on Christians as he presided over Easter ceremonies in the wake of a massacre of nearly 150 people at a Kenyan university by Shebab Islamists.

The leader of the world’s 1.2 billion Catholics brought up the extremist persecution of Christians as the holiest ceremonies of the Church calendar reached a climax Sunday, when believers celebrate the resurrection of Jesus.

The Islamists behind Thursday’s university attack that shocked Kenya are reported to have separated out their victims into Muslims and non-Muslims, before killing the Christians.

“Today we see our brothers persecuted, decapitated, crucified for their faith in you, under our eyes and often with our complicit silence,” the pope said after the traditional Via Crucis (Way of the Cross) procession through Rome on Friday, which recreates Christ’s last hours before he was crucified.

The Vatican has increasingly voiced frustration that attacks on Christians in places such as Iraq, Libya, Pakistan and Nigeria have not been more strongly condemned by Muslim authorities and Western governments.

In France, Prime Minister Manuel Valls tweeted on Saturday: “We have to give our total support to Eastern Christians who are the victims of barbarism.”

He made the comment after facing criticism after a poster for concerts in support of Christian communities in Syria and Iraq was banned from the Paris transport system.