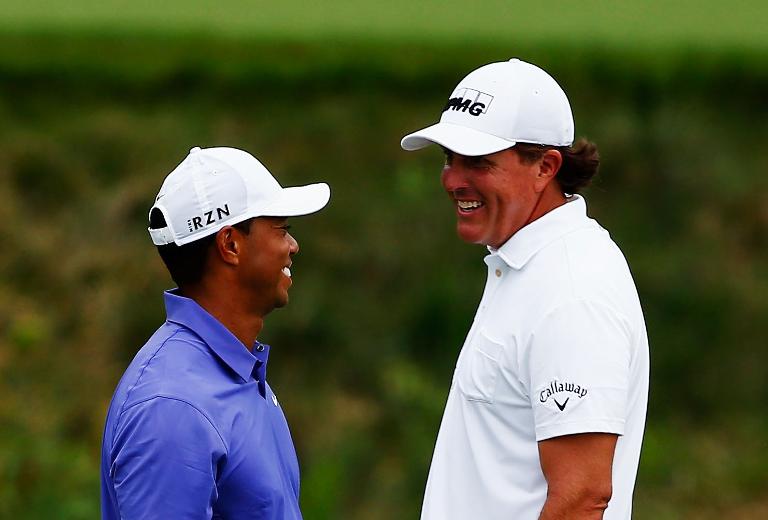 Three-time Masters champion Phil Mickelson isn’t surprised that Tiger Woods will tee it up at the Masters next week — and he thinks the four-time winner will be ready.

“That’s a tough tournament to miss,” Mickelson said of the first major championship of the season in the lush confines of Augusta National.

“I just don’t think anybody would miss it if they were in it, if they were physically able to play,” Mickelson said at the Houston Open on Friday, after Woods confirmed he would end his self-imposed layoff from tournament golf.

He hasn’t played in a tournament since withdrawing at Torrey Pines on February 5 with back pain.

That followed a dismal showing at the Phoenix Open, and the 14-time major champion announced the following week that he was taking an indefinite break until he could improve his game to a competitive level.

Pundits have pointed to the glaring weaknesses displayed this season in Woods’ once-mighty short game as making Woods an unlikely contender.

But Mickelson, who has endured struggles of his own this year, believes Woods has had enough time to sort things out.

“He’s had such a good short game and such a great game throughout his career, I think it’s going to be an easy fix,” Mickelson said. “I think his game will be sharp.”

Woods’ decision to play the Masters, revealed on his website and in a Twitter posting by the 14-time major champion, sparked immediate reaction on social media.

“@TheMasters isn’t the same without @TigerWoods,” tweeted fellow pro Bill Horschel. “Glad to see him back playing again. Going to be an electrifying week as always! #cantwait”

“Was it ever really in doubt,” tweeted England’s Ian Poulter. “Best show on earth just got better.”

The news even caught the eye of Olympic swimming superstar Michael Phelps.

“Pumped to watch @TigerWoods at the masters,” the 18-time Olympic gold medallist tweeted.