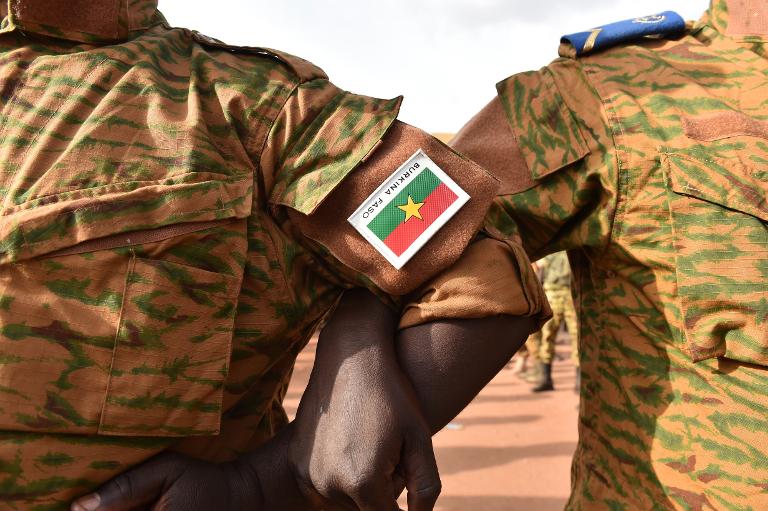 Gunmen on Saturday kidnapped a Romanian security officer working at a mine in northern Burkina Faso and fled with him towards the border with Mali, security sources in both countries said.

The man was seized when five armed men attacked a patrol at the manganese mine in Tambao, the mine’s director general Souleymane Mien told AFP.

A gendarmerie officer and a driver who were in the same car as the Romanian national were injured after coming under fire in the attack, he said.

The policeman was hit in the head, chest and the pelvis. The driver was shot in the thigh, he added.

The account was confirmed by a Burkinabe police official.

“First they fired at the policeman, seriously injuring him, before kidnapping the Romanian man who was not armed,” the source told AFP.

The unidentified gunmen then took off in the direction of the nearby frontier with Mali, according to security officials in both countries.

“The perpetrators of the abduction were heading for the Malian border, we have sent men to try to intercept them,” a Malian security source said.

The Burkinabe authorities confirmed the abduction took place but said the attackers had fled towards the northeastern border with Niger.

“Investigations are currently under way to track down the assailants, who fled in the direction of the Burkina-Niger border,” the government said in a statement read on national television, condemning the “barbaric and cowardly” attack.

Kidnappings of foreigners, often for ransom, occasionally occur in neighbouring Mali and Niger but not usually in Burkina Faso, a landlocked Sahel country.

There was no immediate indication of who was behind the attack.

“They were wearing turbans. We don’t know who they are because there are several communities living in this area,” said Mien.

The Romanian foreign ministry said a crisis cell had been set up and that it was “analysing the information” coming out of Burkina Faso. Romania does not have an embassy in the impoverished west African nation.

A Western diplomat based in the capital Ouagadougou told AFP that an “attack” at the mine in January prompted “a large-scale evacuation” of staff, including most of the foreign employees.

But the mine’s director-general said there had been no security threats against the site.

A high-ranking Burkinabe army official said a military detachment was on its way to the town of Tambao where the soldiers are expected to be joined by an elite unit of the presidential guard.

The Tambao manganese mine, run by Australian-Romanian businessman Frank Timis’s Pan African Minerals, is estimated to contain more than 100 million tonnes of the metal.

Locals from nearby villages staged a protest against the mining company in late February, accusing it of not living up to its promise of building a road in the region.

The firm had also agreed to build a railway linking Tambao to the town of Kaya, more than 200 kilometres (125 miles) further south.

The mine is located some 350 km from Mali’s main northern city of Gao, where a Red Cross worker was killed in a jihadist attack on Monday.

Mali’s vast desert north is riven by ethnic rivalries and an Islamist insurgency.

Jihadists linked to Al-Qaeda controlled Mali’s north for more than nine months in 2012 until they were routed by a French-led military intervention, but extremist fighters remain active throughout the restive northeast.

Mali is also struggling with ethnic Tuareg militants fighting the army over northern territory they claim as their homeland and call Azawad.

Burkina Faso’s former president Blaise Compaore, who was ousted in a popular revolt in October after 27 years in power, had acted as a mediator in peace talks between the Malian government and Tuareg-led rebels.