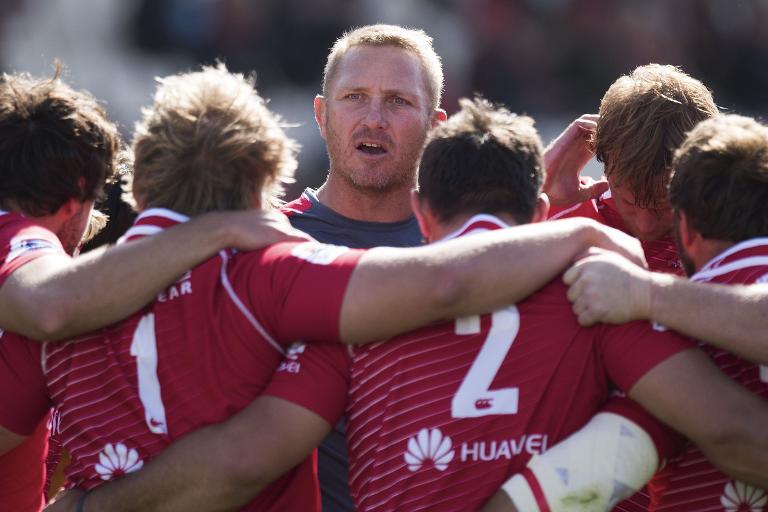 Trailing by three points with time running out in damp Johannesburg, the Lions gambled by taking a tap penalty rather than a kick at goal that would almost certainly have ensured a draw.

Little substitute scrum-half Faf de Klerk caught the slow-to-retreat Bulls napping at Ellis Park with his tap-and-go penalty and passed to Van der Merwe, who barged over near the post.

Fly-half Elton Jantjies converted to make a 17-point contribution having succeeded with five of seven penalty attempts in challenging conditions.

There was never more than six points between the Johannesburg-based Lions and the Pretoria-based Bulls in a gripping Gauteng derby watched by a vibrant Easter weekend crowd.

Ironically, the Bulls benefited more from collecting a losing bonus point than the Lions did from gathering four for the victory.

The Bulls rose five places to third, displacing the Coastal Sharks on superior points difference after the Durban team suffered a humiliating 52-10 home loss against the Canterbury Crusaders.

But the Lions’ fourth win in five outings — four of them on an Australasia tour — lifted them just one place to 10th in the overall southern hemisphere inter-provincial championship table.

Only two points separate the Bulls and the Lions in the South African conference, though, with the Sharks and the Western Stormers in between.

Lions skipper and No. 8 Warren Whiteley said he was happy with the risky tap-and-go decision.

“That is the nature of this wonderful bunch of guys — they all want to fight to the end for victory,” he said.

“Maybe we were a bit lucky tonight, but luck has not always been with us this season.

“It is easy leading these Lions. This was our eighth consecutive match and the spirit among us remains remarkably high.”

Bulls skipper and No. 8 Pierre Spies admitted his team thought they had triumphed after Potgieter kicked a 79th-minute penalty for a three-point advantage.

“We thought we had it! We forgot that matches last 80 minutes and not 79 minutes,” he lamented.

“The guys did enough to win, but a few close calls went against us.”

After Jantjies kicked two first-half penalties, Potgieter slotted three to give the Bulls a 9-6 half-time lead.

The Lions led 12-9 and the Bulls led 15-12 in a see-saw second-half struggle before Jantjies equalised with his fifth successful penalty six minutes from time.

Potgieter nudged the Bulls back in front on 79 minutes only for quick-reacting De Klerk and Van der Merwe to combine for the match-winning try.