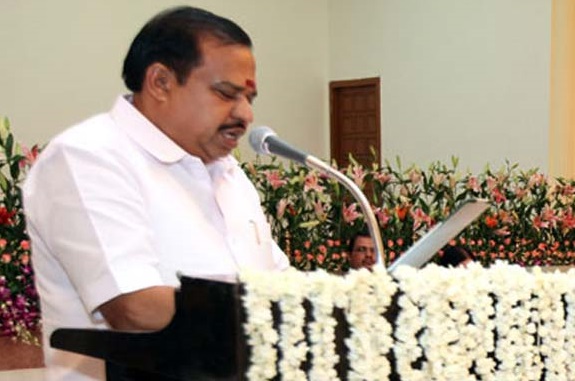 Chennai: Former Agriculture minister Agri Krishnamurthy has been arrested by the CB-CID in connection with the alleged suicide of a senior engineering department official S Muthukumarasamy.Â

The arrest of Krishnamurthy comes 44 days after the death of Muthukumarasamy, who allegedly committed suicide because he was under pressure from the minister while recruiting seven drivers.Â
Â

“As part of further investigation, he is being taken to Tirunelveli,” the official added.Â

Also, another official of the department Senthil has been arrested along with the former minister, he said.Â

On Feb. 20, Muthukurmarasamy jumped in front of a train and was killed. Soon after his death, allegations were made by opposition parties including PMK, Cong, DMK that the official killed himself ‘due to pressure’ of then minister and sought his arrest and CBI probe.Â

The death of the official snowballed into a political row prompting AIADMK to drop Krishnamurthy from the state cabinet and strip him off his party posts.Â
Â