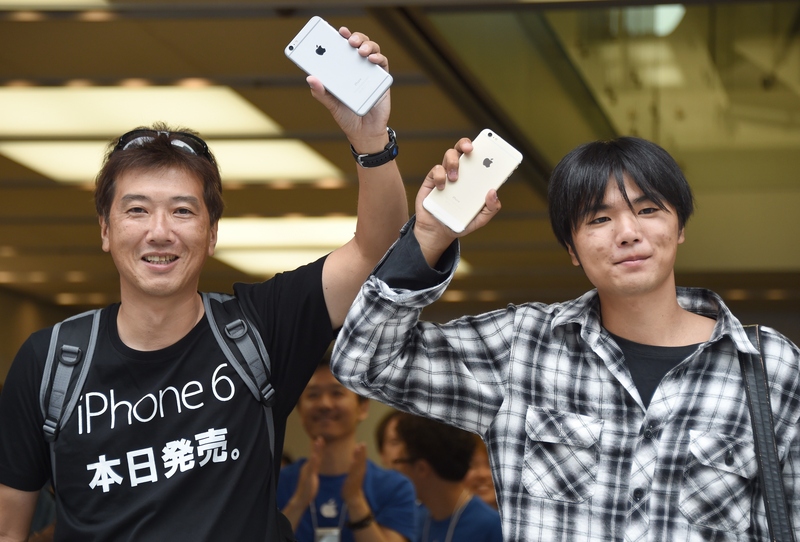 The Apple iPhone 6 was the number one selling smartphone across urban China with a 10.3% market share, which was up from its 9.5% for the three months prior that ended in November.

The larger version, the iPhone 6 Plus came in third in the list for best selling smartphones behind RedMi Note an Android based smartphone by Xiaomi. With two new phones and other older models that are selling well in China, Cupertino, California-based Apple took over the top spot with its market share of 27.6% said the online researcher Kantar.

As the largest market in the world for smartphones, with nearly 520 million users, China has become one of Appleâ€™s biggest territories as well as for other vendors of mobile handsets.

â€œThere has been a strong appetite for Apple’s products in urban China seen since the launch of the iPhone 6 and 6 Plus, and this has continued into Chinese New Year,” Kantar Worldpanel research chief Carolina Milanesi, said.

“China Mobile’s subscribers accounted for 59% of the 27.6% volume share recorded by iOS in the latest period,” he added.

Apple pursued aggressively deals with the three biggest mobile carriers in China, including China Mobile the top carrier, to bring in the iPhone to China. Smartphone rivals based in China like Xiaomi have had an advantage typically by offering phones that are high quality at lower prices. So the rise of Apple in China is an obvious sign of the appeal for the iPhone 6 and its sister 6 Plus.

Apple has made some strong headway versus Android in the UK, Spain, Germany, France and Italy. Over the period of three months that ended during February, Appleâ€™s market share for smartphones increased 2.9% in the five countries, while the share for Android dropped by the same figure.

Nevertheless, the Android OS by Google is by far the dominant platform with more than 67.5% of the market share in comparison to only 21% by Apple.

This year, Apple is planning to repeat the success with the launch of the iPhone 6S, 6S Plus and the 6C according to reports. The iPhone 6C will allow Apple to keep customers that want the smaller 4-inch display, and are not willing to pay the surplus for aluminium.