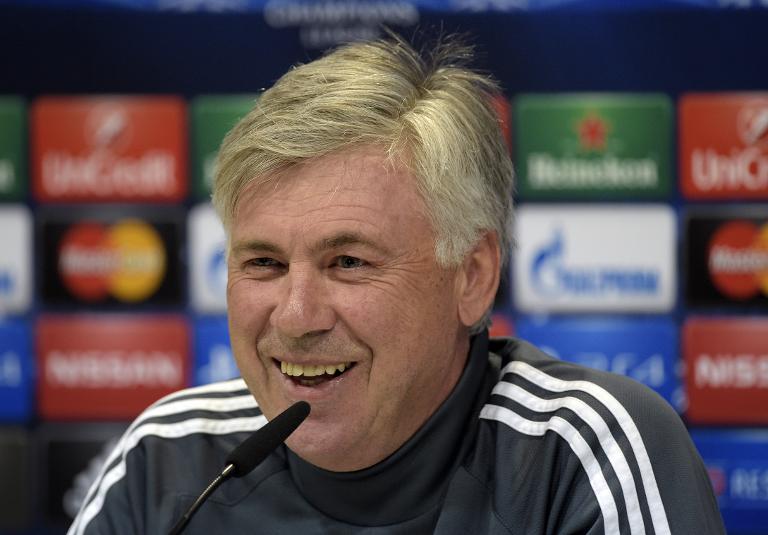 Real Madrid boss Carlo Ancelotti wants no let up from his side in the remaining nine La Liga games of the season after thrashing Granada 9-1 on Sunday.

Cristiano Ronaldo was at his rampant best as he scored five for the first time in his career, whilst a Karim Benzema double and a Diego Mainz own goal added to Gareth Bale’s opener.

Victory moved Madrid to within a point of league leaders Barcelona, who travel to face Celta Vigo later on Sunday.

The European champions face six more league games in the next 28 days, as well as a Champions League quarter-final against Atletico Madrid and Ancelotti is hoping the return of key players from injury will prove the key to ending the campaign on top form.

“The team is fresh and it shows,” said the Italian.

“We started with a good tempo and scored lots of goals. We are happy, but it is only one game and we need to concentrate on Wednesday to be just as good as today.”

Real travel across Madrid to face Rayo Vallecano in midweek and Ancelotti added he would happily swap his side’s free-scoring form for nine 1-0 wins between now and the end of the season.

“Obviously I would swap this for nine 1-0 victories, but we have to highlight that the team has returned to playing like we like.”

Colombian World Cup star James Rodriguez made his return in fine style after two months out with a foot injury to set up Ronaldo’s first of the afternoon.

“It didn’t seem like he had not played for two months. He had intensity, quality and helped us play directly with his ideas.”

Ancelotti now has the welcome problem of having to drop one of Rodriguez, Luka Modric, Toni Kroos or Isco when the latter returns from suspension against Rayo on Wednesday.

Madrid had come into the game on the back of just one win in four league games, including a 2-1 defeat to Barcelona in El Clasico last time out.

However, Benzema praised the reaction of Los Blancos and in particular heaped praise upon his strike partner Ronaldo.

“It was a great game after the defeat against Barcelona. It was good for all of us. We scored a lot of goals, attacked and defended well.

“Ronaldo is a phenomenon. He always helps the team. I am very happy for him because he deserves it.”