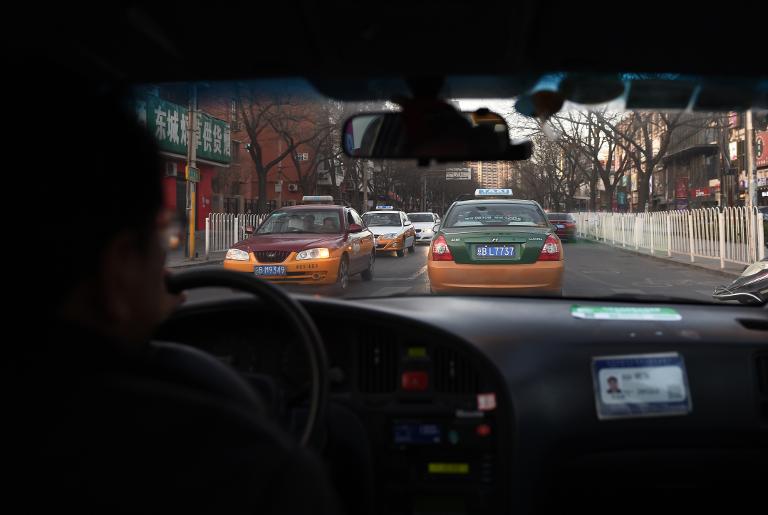 More than 30 taxi drivers were hospitalised after apparently drinking pesticide during a protest in central Beijing over a dispute with authorities, police said Saturday.

The drivers, none of whose lives were deemed to be in danger so far, were all from the northeastern Chinese province of Heilongjiang, Beijing police said in a statement.

“They came to Beijing to express their demands on contract and vehicle renewal,” the brief statement posted on the official social media account of the Beijing Public Security Bureau said.

It identified them as “individual” taxi drivers, which means they do not work for taxi companies but instead contract with government authorities.

It was not immediately clear exactly what they were protesting against.

Officers on patrol found the drivers on Saturday morning lying on the street in front of a building with pesticide bottles nearby and immediately arranged for them to be transported to a nearby hospital for treatment, the statement said.

It was unclear on how much, if any, of the pesticide was actually consumed.

The statement said that the drivers were all from Suifenhe city in Heilongjiang, which borders Russia, and that police were investigating in coordination with provincial authorities.

Protests over labour, land, environmental and other disputes are frequent in China and are thought to number in the tens of thousands annually.

The ruling Communist Party, wary of the political threat social unrest could have, monitors gatherings closely and can crack down if they turn violent, show signs of coordination beyond the given locale or are focused on human rights issues.

There have been an increasing number of large-scale environmental protests in recent years, especially in urban areas.