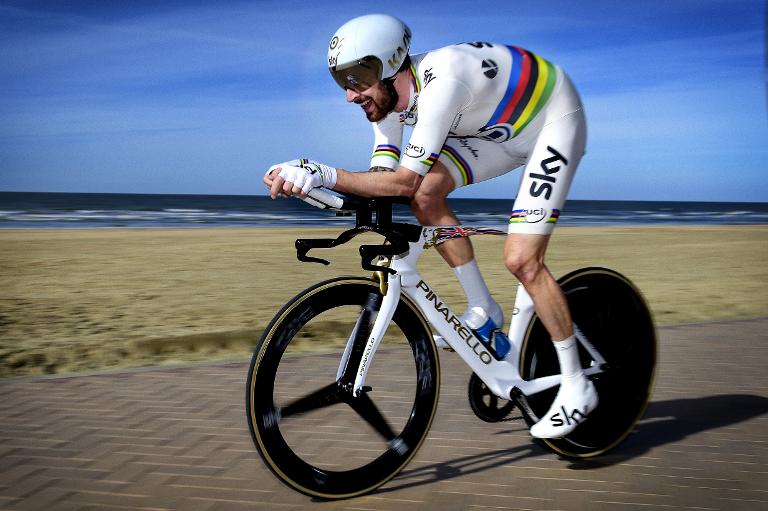 Britain may be a relative new-comer to the world of elite cycling success but the latest stage in the British take-over sees Team Sky harbouring great hopes for Sunday’s Tour of Flanders.

Traditional powers such as Belgium, the Netherlands, France, Italy and Spain never had to concern themselves with a challenge from the best of British cyclists until the last five years.

Following on from a concerted effort to gain success on the track and to bring home Olympic medals in 2008, Britain turned its attentions to the road with broadcaster BSkyB forming a team and investing heavily in it.

The first aim was a lofty ambition but Sky had no intention of doing things by halves and announced on their formation in 2009 that they wanted to win the Tour de France with a British rider within five years.

They did so within three as Bradley Wiggins and his teammates dominated the 2012 Tour before Chris Froome succeeded him a year later.

Now Wiggins is part of the Sky squad aiming to crack the next cycling nut the British and Sky as a team have yet to fully master: the Classics.

Sky have yet to win a ‘Monument’ race but with Wiggins acting as super-domestique they have one of the big favourites for success at Flanders in Welshman Geraint Thomas.

And the Commonwealth Games road race gold medallist is revelling in his status.

Last week he won the E3 Harelbeke cobbled classic before finishing third at Gent-Wevelgem, making him arguably the form rider of the moment, particularly on the cobbles.

“I’m on a nice little roll and the team are too. I’ve started the year really well and last weekend was great for my confidence,” he told Sky’s website.

“To get the win on the Friday and then the podium on the Sunday was a big boost, so hopefully I can get a similar result at Flanders.”

And Thomas will be the only rider in the race with a former Tour de France winner helping him out, a role Wiggins is only too happy to perform.

Having been the star of the show in Sky’s successful climb to the pinnacle of stage racing, Wiggins is now relishing a support role in the quest to conquer the cobbles, knowing full well that his time will come a week from now when Sky put their hopes on him to win Paris-Roubaix.

And without perennial favourites Fabian Cancellara and Tom Boonen, both having been injured in recent weeks, Wiggins is as confident as Thomas.

“Obviously with the absence of Tom and Fabian, everyone is talking about Geraint Thomas,” he told journalists on Friday.

“Now we’ve got these guys who could potentially be the guys. I don’t remember this much media attention last year when I turned up (at Flanders).”

Of course, when it comes to racing on cobbles, anything can happen, and very often does.

Crashes, punctures and all sorts of unexpected incidents can derail anyone’s chances, but the Sky camp is nonetheless buzzing.

“Everyone is feeling good, riding strong, and we’re all feeding off each other,” said Thomas.

“Anything can happen going into this race and Paris-Roubaix, but we are in the best position the team has ever been in so it’s just a matter now of executing our plan in both races.”