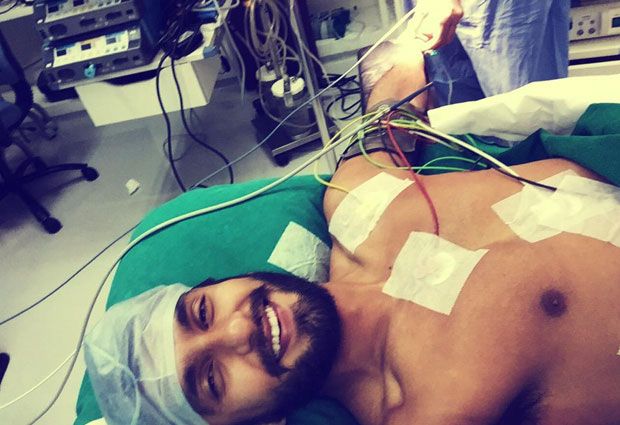 Initially the actor went through regular physiotherapy, but wasnâ€™t able to recover from the injury.

After reports of Ranveerâ€™s injury emerged, he took to Twitter more than a month ago to clear the air about the incident.

Ranveer’s good friend from the industry, Arjun Kapoor, responded to the actor’s hilarious picture saying, “@RanveerOfficial ur a reality show on ur own baba.” (sic).

The actor’s picture even managed to trend on the social networking site with the hashtag ‘All The Best Ranveer Singh’.

Post-surgery, doctors have advised the star to be on complete bed rest for around three weeks. Once he recovers, he will rejoin the set in May.

He has also been strictly warned against shooting any action sequence.

The actor injured his arm when he fell off a horse, while shooting a war sequence in Jaipur. The film is scheduled to release in December, but since the shoot has been stalled due to the actorâ€™s injury, the release could get postponed.

We wish the star a speedy recovery!