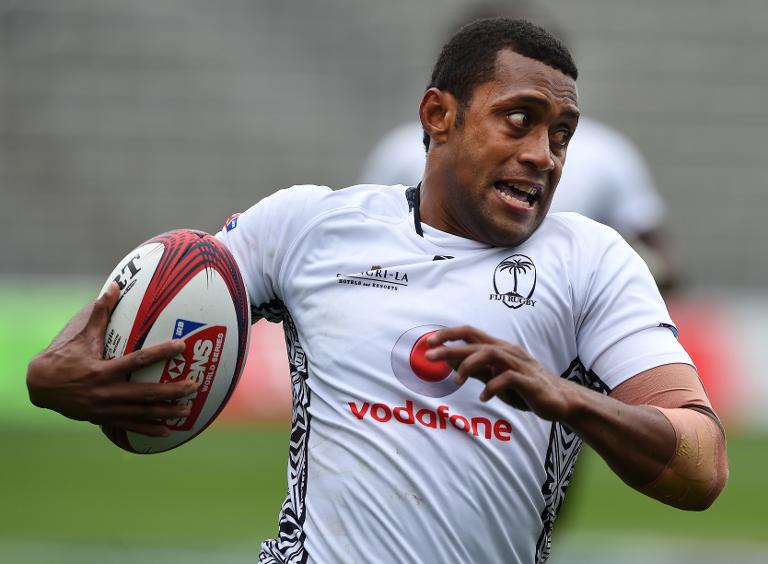 Fiji underlined their recent dominance on Saturday as the defending champions racked up a hat-trick of explosive victories at the Tokyo Sevens.

Table-topping South Africa and New Zealand also marched on, while hosts Japan qualified for their first Cup quarter-final in style, mirroring the strides they have made in the 15-man game over the past two years under former Australia coach Eddie Jones.

Fiji picked up where they left off after triumphing in Hong Kong last weekend and Las Vegas in February by easing past Wales 19-10 and trouncing Hong Kong 35-14 in Pool A.

England, chasing fourth spot in the standings and qualification for the 2016 Rio Olympics, overpowered Hong Kong 33-0 and squeaked by Wales 10-7 but they came unstuck against the Pacific islanders.

Fiji put them to the sword 33-19 helped by a spell-binding first half of exhibition rugby, a series of no-look, NBA-style passes bamboozling the English as Semi Kunatani and Vatemo Ravouvou finished with two tries apiece.

A late brace from substitute Jeff Williams added some respectability to the scoreline but England will need a strong showing in Sunday’s Cup competition to take advantage of Australia’s flop in Pool B.

The top four teams in the Sevens World Series automatically secure a place in Brazil, where sevens rugby will make its Olympic debut. Tokyo is the seventh leg of the nine-stage circuit, which ends in London next month.

Australia, who won last week’s plate competition, were shocked 12-10 by Portugal in a humiliating setback before losing 17-14 to Scotland.

They salvaged a measure of pride by beating trans-Tasman rivals New Zealand 19-14 under the floodlights after a superb try from Cameron Clark, but victory will have tasted bitter-sweet having been eliminated from the Cup.

Australia have 84 points in the series standings with England in fifth place on 78.

The All Blacks, meanwhile, had swatted aside Portugal 26-7 and pulverised Scotland 38-0 in their first two matches while South Africa clinically won all of their Pool C games.

The Blitzboks whitewashed Kenya 26-0 and thrashed Canada 29-7 before extinguishing a spirited American charge to beat the United States 24-15 in a pulsating clash.

However, France had too much firepower for Japan in their Pool D finale, winning a cliff-hanger 24-19 to secure their quarter-final spot.