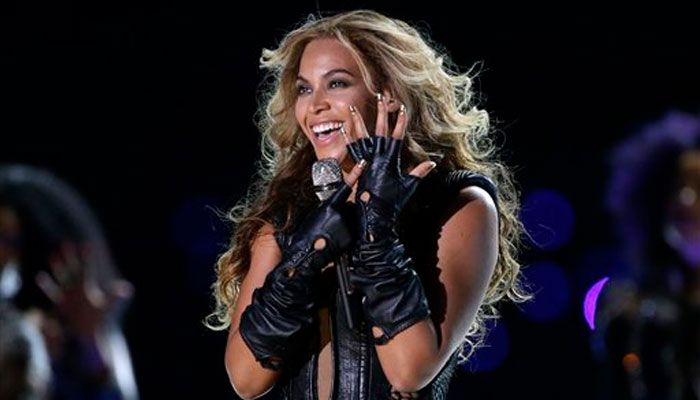 The song was previously previewed during Robinson Cano’s birthday party in 2013.

It features contributions from husband Jay-Z and Timbaland.

Beyonce, 33, and Ivy, three, both sport matching round sunglasses with green floss picks in their mouths. As Beyonce shows Ivy the proper way to floss, a new song is played in the background.

Beyonce and Jay-Z, 45, are reportedly planning a joint album for later this year.