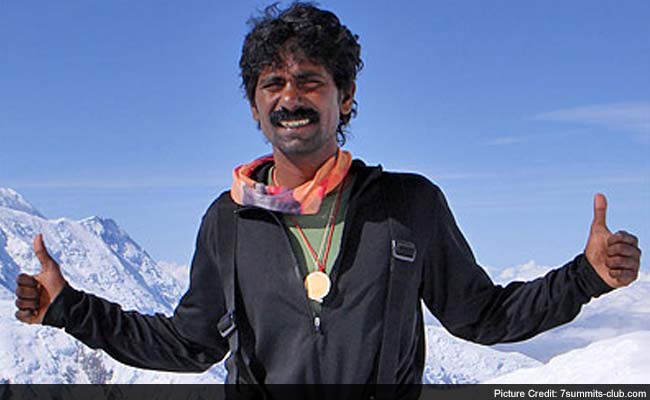 New Delhi: Ace Indian mountaineer Malli Mastan Babu, who went missing since March 24 while on a climb in the Andes Mountains in Argentina has been found dead by authorities.

The news has been met with an outpouring of grief from his friends and well-wishers, who had set up a Facebook page to track efforts to find him.

“Mountains retained its favourite child.. R.I.P Malli Mastan Babu,” read the announcement on Facebook page, ‘Rescue Malli Mastan Babu’, which had been set up by his friends and well-wishers to share updates on the search for the missing mountaineer.

The Ministry of External Affairs had earlier said it was coordinating with authorities in South America over the search for Malli Mastan Babu. His sister, Dorasanamma, is in Argentina to oversee the search operations.

Malli Mastan Babu has reportedly gone missing from the Andes Mountains between Argentina and Chile during a solo expedition.

Babu, 40, hails from Nellore in Andhra Pradesh and has close to 10 to 12 years of experience of climbing mountain peaks.

Babuâ€™s began his expedition on March 24th. He was attempting to climb the mountain range along the Argentina-Chile border from the base camp of Cerro Tres Cruces.

However, he did not return to the base camp on March 25. His friends and fellow climbers tried establishing contact with him, but his GPS device too could not be tracked.