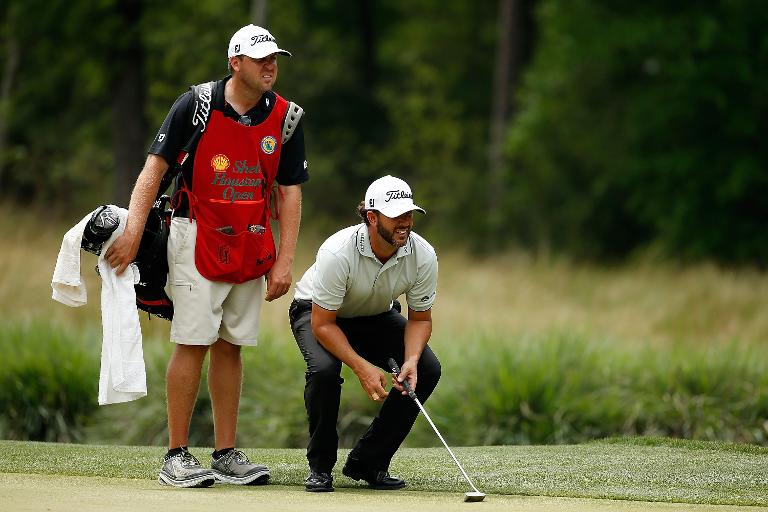 Scott Piercy matched a Houston Open record on Thursday, firing nine birdies in a nine-under-par 63 for the first-round lead in the US PGA Tour event.

Piercy, looking for a victory that would give him a berth in next week’s Masters, the first men’s major of 2015, can only hope his form holds.

“It’s the first round,” said Piercy, who has struggled to get on track since elbow surgery sidelined him for much of last year.

“If I’m sitting here Sunday, then I’ll be super-excited.”

He had a two-stroke lead over Germany’s Alex Cejka and American J.B. Holmes.

Cejka had eight birdies in his seven-under round while Holmes eagled the par-four 10th to go with six birdies and a bogey.

Mickelson, tuning up for a run at a fourth Masters title, headed a group on 66 that also included Charles Howell, Shawn Stefani and Luke Guthrie.

Mickelson chipped in for birdie on his first hole, the par-four 10th, to set the tone for a round that included seven birdies.

Even a closing bogey at the ninth didn’t diminish his pleasure in the improvements he’s seen in his short game thanks to some intensive practice in the wake of last week’s equal 30th place finish in the Texas Open.

“I was able to turn that around in a few days and the game feels pretty good,” said Mickelson, who won the Houston title in 2011.

Mickelsonâ€™s Houston Open results haven’t been much of a barometer for his success at Augusta National.

Even so, he’d be happy to go into Augusta playing good golf.

“This is a big week for me,” Mickelson said. “I felt the game was close last week. The only thing missing was chipping and short game. If I can play well this week or continue on playing for the next three days, it should be some good momentum for next week.”

Mickelson is one of more than 30 players in the field who are Augusta-bound, and Piercy would like nothing more than to join them.

He said a marathon practice session earlier this week had helped him solve a swing problem.

“In my 13th hour, something kind of clicked and I figured it out,” Piercy said. “On Wednesday I kind of ingrained it, kept working on it. And today was awesome, it really was.”

Piercy had surgery on his right arm in February of 2014. He was injured for almost a year before having surgery.