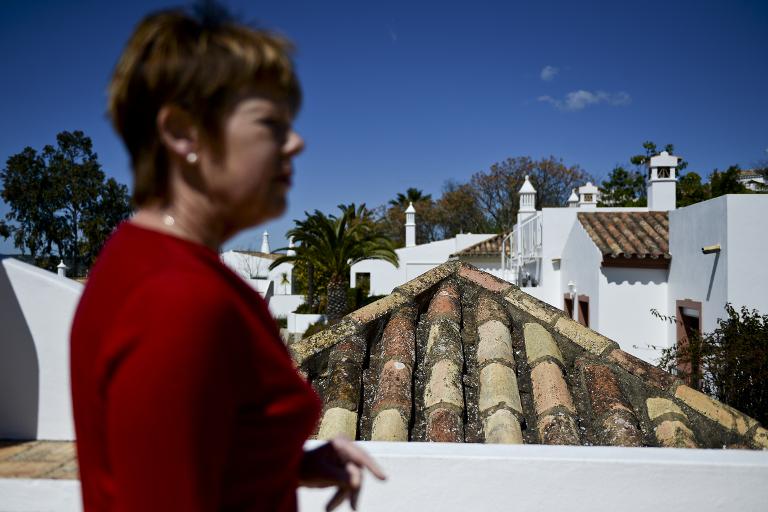 With its Anglican Church and English gardens, Monte da Palhagueira is a British outpost in southern Portugal, an “El Dorado” for European retirees due to its generous tax incentives and sunny climate.

But there are conditions to living there — residents must be more than 55-years-old and have a sizeable nest egg of British pounds.

“Here I have a life without stress, I do yoga and go for long walks with my dog,” said Sally Kerr, a slender-framed 64-year-old, as she scans a panoramic view of green hills from the rooftop of her villa in the retirement community.

She moved to Portugal two years ago after leaving behind a demanding job as a security manager at the Sellafield nuclear power plant in northwest England.

Her husband David, 65, a passionate golfer, stayed behind in England and flies out to be with her on weekends. He plans to join her permanently once he retires.

The country’s mild climate played a key role in their decision.

“Even in winter I can take my tea on the terrace. And the cost of living is about 30 percent less than in Britain,” said Kerr as she watered her plants.

With its cobbled narrow streets and white-washed houses nestled on a hill and surrounded by olive and palm trees, Monte da Palhagueira is modelled on the ancient towns of the Algarve, Portugal’s southernmost province which is popular with British holidaymakers.

But life in the town resembles Little England. English dominates, even if Portuguese language courses are offered to newcomers.

The nurses and doctors at the town’s nursing home are British as is the town’s priest. In fact, virtually everyone is British except the gardeners and housemaids.

The Daily Telegraph and other British newspapers are delivered daily.

He also spends his time preparing the village’s quarterly newsletter, “The Full Monty”, named after a 1997 British comedy-drama about a group of unemployed men who become strippers.

“I can’t imagine passing my time sitting in an armchair until the end of my life, brains have to work. Writing, learning a new language, is better than just waiting for death,” said Rush.

His wife Paulette, a retired Latin teacher who was born in Belgium, is also happy with life in the village.

“It’s our little corner of paradise, we never get bored here, people talk on their doorstep, in England we would have a much more lonely life,” she said.

The properties are available under a “loan and accommodation agreement” — so if an occupant dies or decides to move the amount paid is refunded and the property reverts back to the Amesbury Abbey Group, a family-run firm that runs similar retirement communities in Britain.

“It is the same as in England except that it is warmer here,” said the director of the company, David Cornelius-Reid.

“The arrangement allows families to avoid having to resell the home and have to pay taxes and notary fees,” he added.

Demand has increased since Portugal’s centre-right government introduced fiscal incentives aimed at attracting wealthy foreigners to the country, he added.

Since 2013 all European private sector retirees who move for the first time to Portugal are exempt from taxes on their pensions from their country of origin for 10 years.

This measure has drawn thousands of retirees to Portugal, with French pensioners leading the charge. Last year nearly 4,000 apartments or houses were sold to French nationals.

Monte da Palhagueira, which was built on the site of an abandoned farming estate and inaugurated in 1999 by veteran British pop singer Cliff Richard, has appealed to more than just British retirees.

“I have everything here, I don’t need to travel,” said Sten, who wore white running shoes and jeans as he flexed his fingers on his Steinway piano.

“And with the glacial cold in Sweden, I would not survive,” he added.

There is just one complaint, according to another resident, 66-year-old Alan Barker.

“A cup of coffee costs three times less in Portugal but there are no real English pubs here,” he said.