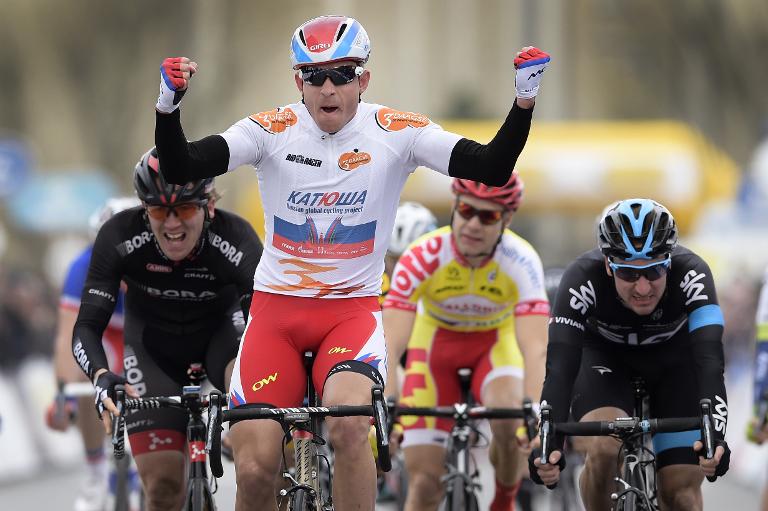 Norway’s Alexander Kristoff, of the Katusha team, won the Three Days of De Panne race in Belgium on Thursday.

Kristoff’s victory was based on his winning the opening three stages of the race, which culminated with Briton Bradley Wiggins victorious in the final stage, a 14.2-kilometre time-trial around De Panne.

“I think it was one of my first time trials as a professional back in 2002 and it’s probably my last one on this level. So it’s nice to win and it was certainly in my mind today and this week. I really wanted to win this one,” Wiggins said.

“I think I was eleventh the first time I came here and I’ve won here before in 2009. I’ve always liked this time trial, especially when the weather picks up.”

The Norwegian had won the morning’s 111km stage 3A around De Panne in a photo-finish ahead of German Andre Greipel.

He then produced what he described as the timetrial of his life in finishing third on the final stage 3B.

But crucially he was a second quicker than Stijn Devolder, another Belgian, and that was enough to give Kristoff the overall victory by 23sec, thanks to the time bonuses he picked up by winning the first three stages.

“That was the best timetrial of my life which proves I’m in form,” said Kristoff.

Devolder was second overall with Wiggins, in his last ever timetrial for Team Sky, third at 42sec.

Kristoff’s three wins, overall success and a second place finish at Milan-San Remo last month will set him out as one of the riders to watch at the Tour of Flanders this weekend, as well as next weekend’s Paris-Roubaix.

“I’m getting to know the Flanders climbs better and better. I know I can win, even though I know it won’t be easy,” added Kristoff.

Twice former Flanders winner Devolder has also demonstrated his form while Wiggins will be feeling confident ahead of his tilt at Paris-Roubaix, set to be his final race for Sky before a return to the track.