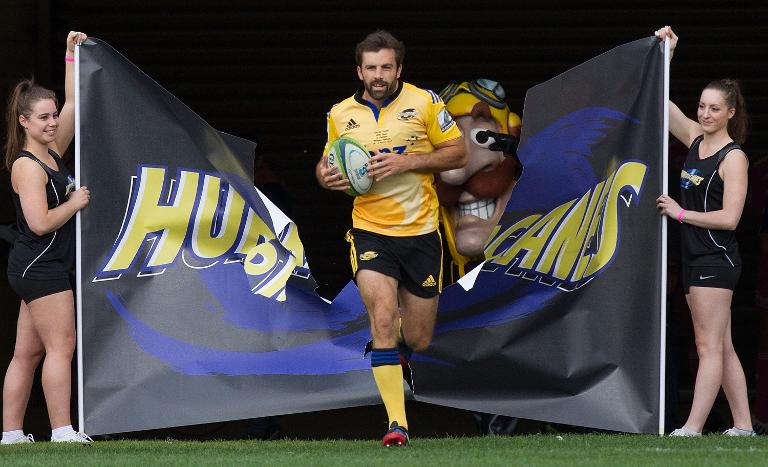 The Wellington Hurricanes survived a second-half fight back by the Western Stormers to maintain their unbeaten Super 15 record with a 25-20 victory at Westpac Stadium on Saturday.

A 12-minute burst before half-time, in which they scored three tries, propelled the Hurricanes to a 25-3 lead at the break before they surrendered 17 unanswered points in the second half.

Their running game, effectively led by Nehe Milner-Skudder in the first half, fell away and it was only resolute defence that limited the Stormers to two tries.

“The basics were letting us down. The set piece which worked so well for us had a few problems and the Stormers started playing really well,” Hurricanes captain Conrad Smith said.

“They were looking after the ball and weren’t making mistakes and we weren’t getting the turnovers we were in the first half and suddenly it was a different game.”

One bright spot for the Hurricanes in their seventh win from seven games was the continued development of fullback Milner-Skudder, whose two late tries last week also ensured the Hurricanes overcame the Melbourne Rebels.

Against the Stormers the 24-year-old nephew of George Skudder and cousin of Buff Milne — both former All Blacks — was a central figure in two of their three tries.

Milner-Skudder scored the Hurricanes’ first try when he raced through to beat the cover defence to a Beauden Barrett corner kick, and set up the second try by slicing through the Stormers to send Julian Savea over.

The Hurricanes’ third try was a full-field effort from turnover ball when they were desperately defending.

Ma’a Nonu, playing his 150th Super game, led the break out with Cory Jane and Brad Shields also handling before Barrett finished off the move.

Barrett also kicked two conversions and two penalties to a penalty for the Stormers by Demetri Catrakilis as the Hurricanes went into the half-time break with a healthy 25-3 lead.

But the nature of the game turned after the break as Duane Vermeulen and Schalk Burger led an improved ball-winning effort by the Stormers forwards.

The Stormers turned down three penalty shots at goal in their effort to get their first try and were eventually rewarded with a penalty try when the Hurricanes scrum collapsed on their own line.

Centre Huw Jones, denied one try when it was ruled he took the ball from an offside position, made no mistake with his second opportunity and scored in the corner in the 65th minute as the game narrowed to 25-17.

But despite holding a territorial advantage in the closing stages, the Stormers were held back by the Hurricanes defence and had to rely on a penalty by Kurt Coleman to get their bonus point.