Home World House of Cards ready for another term 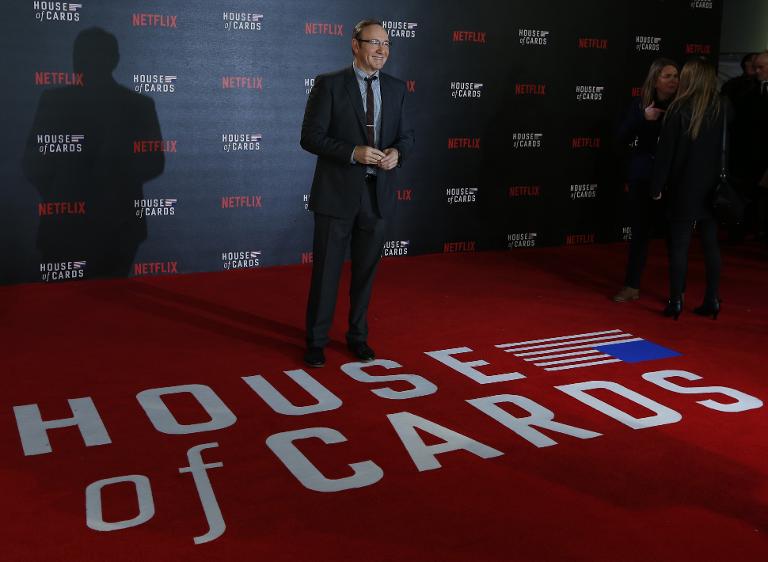 Frank Underwood’s murderous and Machiavellian pursuit of power will be extended for another term after acclaimed political drama “House of Cards” was confirmed for a fourth season on Thursday.

The return of the award-winning Netflix series, starring Kevin Spacey as the scheming US politician who plots a path to the White House, was confirmed on the show’s Twitter feed.

The series showrunner and writer Beau Willimon meanwhile added on Twitter: “Official – S4 of @HouseofCards announced. But the writers & I have been secretly writing for months hehe.”

Based on a BBC drama from the post-Thatcher years, “House of Cards,” co-starring Robin Wright as Mrs Underwood, has so far collected four Emmy awards and two Golden Globes.

The show marked Netflix’s debut in original programming, which has grown to include other highly regarded shows such as “Orange is the New Black.”

The eight-episode series — called “Montauk” — will premiere exclusively via Netflix in 2016.

A Netflix statement said the series, written and directed by Matt and Ross Duffer would be set in Montauk in 1980, revolving around the intrigue which is uncovered when a young boy vanishes into thin air.

“Matt and Ross are emerging filmmakers with an unmistakable passion for genre and suspense. Their unique voice infuses this coming of age drama with supernatural thrills that will captivate our global audience,” said Cindy Holland, vice president of original content for Netflix.

The Duffer brothers will serve as executive producers for the series along with Shawn Levy and Dan Cohen, Netflix said.