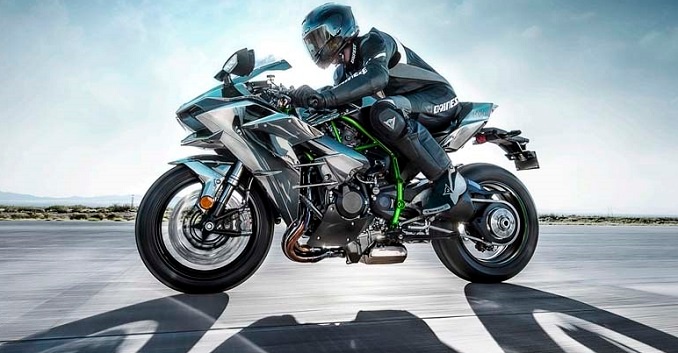 New Delhi: After cementing its place in India with the launch of Z250 and the ER-6n bikes, Kawasaki Motors unveiled its latest flagship model Kawasaki Ninja H2.

Priced at an unsurprising Rs 29 Lakh, the bike was unveiled at the Buddh International Circuit in Noida.

The engine punches out a hefty 197bhp. The Ninja H2 will be offered with an option of Ram Air that hikes the power output to 207bhp. All that power helps it go past the 100kmph mark in 2.5 seconds which makes it the fastest bike in India.

The Kawasaki Ninja H2 for India is imported as a CBU (Completely Built-up Unit) from Japan, and is retailed at five locations in India â€“ Pune, Delhi, Chennai, Bangalore and Kolkata.

Looking to tap more cities, the company plans to open 3-4 more showrooms this fiscal year so that many others have a chance to lay their hands on the bike of their choice.